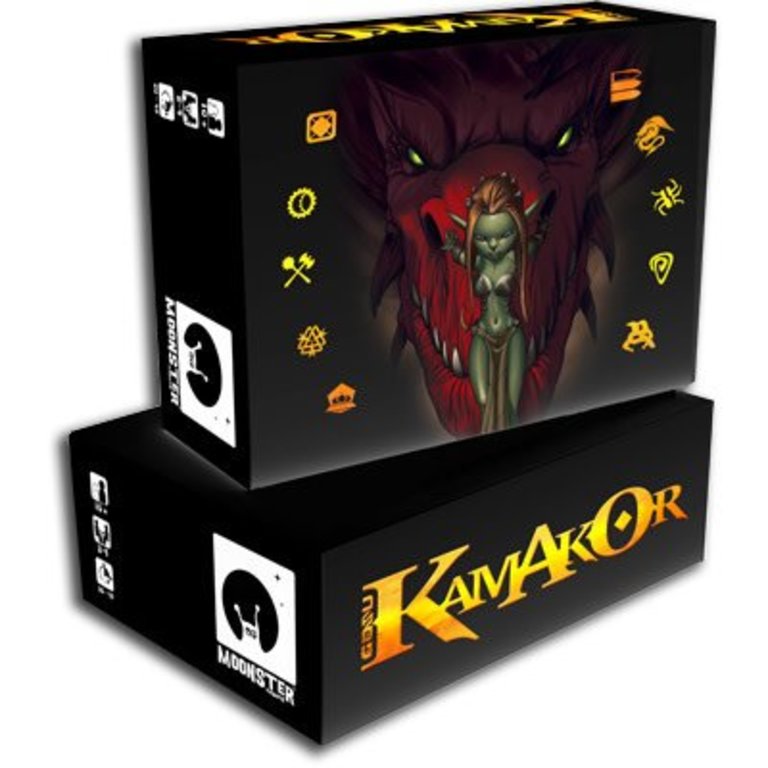 C$26.95 C$6.74
Moonster Games
In stock
Article code DNR-3558380012108
Share this product:
The Shadow Goblins come from the other side of The Portal! Which Portal will you ask? As you know, the Dark Goblins that you discovered in the main game have a trapping power. When they use it, as you may see on some artworks, the trapped goblin is in effect thrown out through The Portal. For decades now, returning goblins have reported having encountered members of a mysterious and frightening goblin clan The Shadow Clan!

These goblins are very similar to the Dark Goblins, mainly because of the two powers they have in common: Trapping and Zombie Mutation.

These new goblins will also bring along two new types of gameplay. First of all, some of these goblins will arrive in play already trapped, compensating for a greater power. Secondly, other goblins will introduce a new kind of action during his turn, like [*Trap Z√§xg* : Choose 1 FREE card then destroy it.]. In this example, your action will be to trap Z√§xg for free in order to destroy a card. This action is free and only requires the trapping of the goblin card having the power.

Contents
100 new Cards
8 Dragoon Tokens
10 "Clan" Tokens
One rulebook
By using our website, you agree to the use of cookies. These cookies help us understand how customers arrive at and use our site and help us make improvements. Hide this message More on cookies »