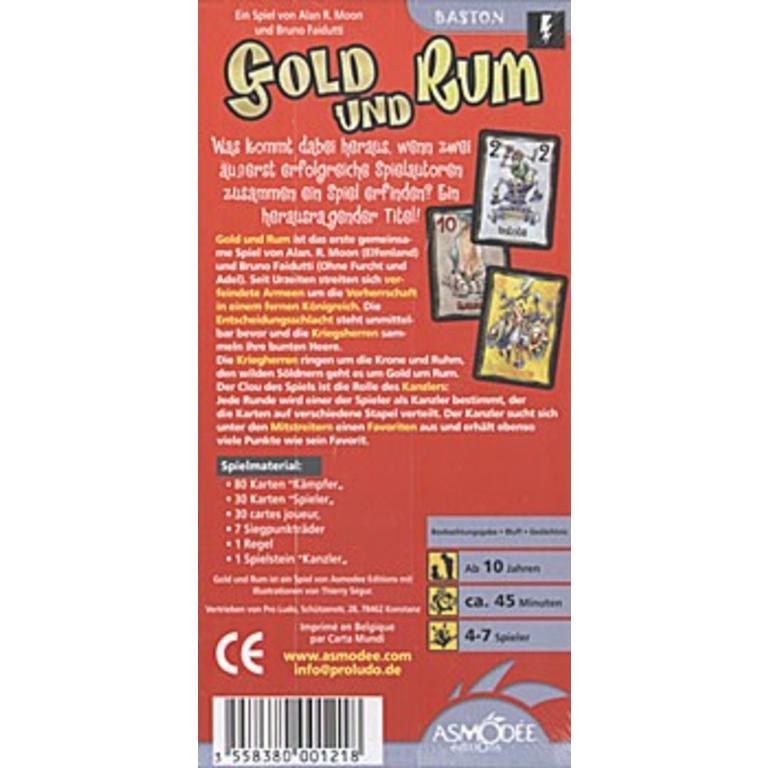 The story is nothing new: brigands, orcs, skeletons and goblins fighting one against the other with much blood, sweat and fun.

The game system, on the other hand, is a strange and original hybrid. Each round is made of two successive phases. During the recruitment phase, players build their armies in real time, which means that they choose their army cards in a hectic Pit-like way. During the war phase, made of four successive battles, they play the army cards they acquired during the recruitment phase, in a calmer and more classical way. This alternation, as well as the specific role of the wizard, who just deals the cards, makes for an unusual but rather nice rhythm.
By using our website, you agree to the use of cookies. These cookies help us understand how customers arrive at and use our site and help us make improvements. Hide this message More on cookies »