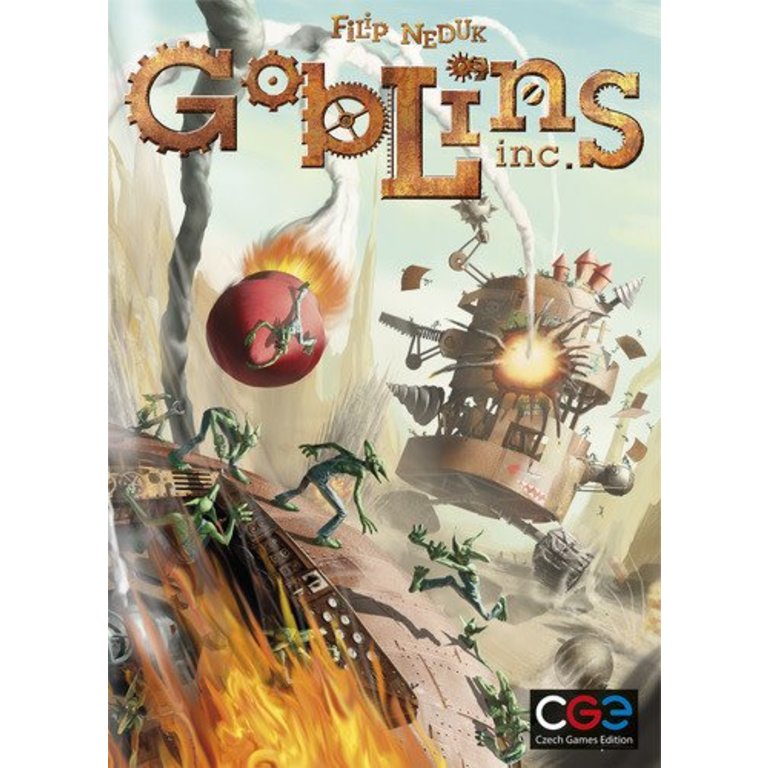 C$52.95
Czech Games Edition
In stock
Article code DNR-655132004893
Share this product:
You are a goblin employee in a factory called GOBLINS INC. that is dedicated to building giant robots for war and enjoyment. You will enter a competition to become the new Big Boss, since the old one finally chose to hang up his trusted whip and retire. You will form teams and try to design, build and test the best giant robot possible in wild earth-shattering combat. The problem is, although you will have to work in teams, there can be only one winner.

During the game, the players will team up and will take turns designing and building a robot together. They will then cooperate in piloting and shooting at the other team with their robot in a grand battle of epic proportions. But what your teammates do not know is that you have secret goals with which to impress the Big Boss. Can you keep your teammate happy and still destroy the enemy robot?

Anything is possible because there is no G in teamwork.