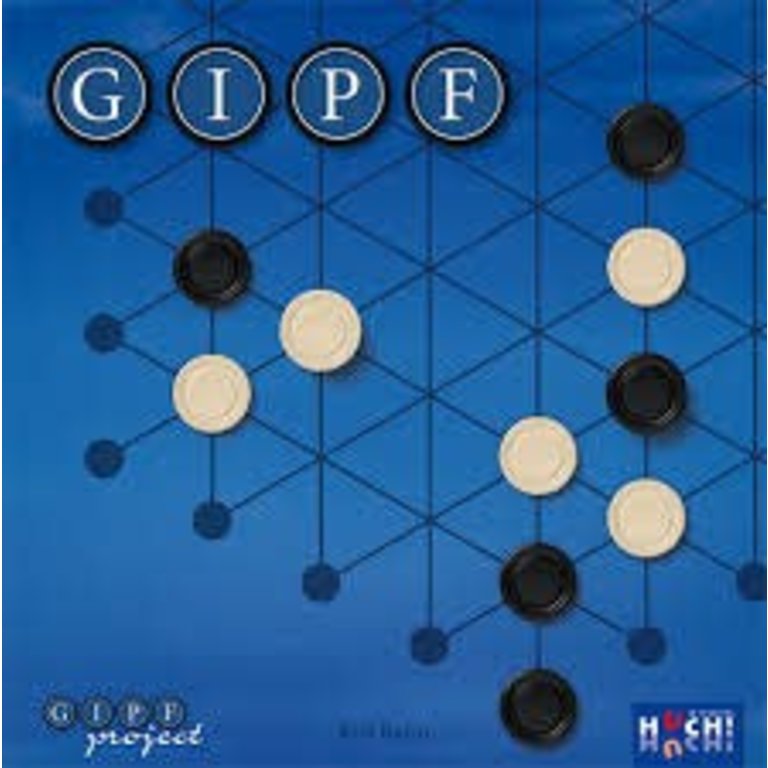 GIPF is a strategic game for two players based on a classic concept: In turns, players introduce one piece into play until achieving four-in a-row. Players then remove their row and capture any of their opponent's pieces which extend that row. This principle of capturing pieces creates each time again completely changed situations on the board. The purpose is to form successive rows of at least four pieces, until the opponent has no piece left to bring into play.

GIPF is not only the name of a game, but of a project as well. This project concerns a group of games and extra pieces that will follow step by step. Each game of the project will be playable either separately, or, by means of extra pieces, in combination with GIPF. It concerns a system that makes winning or losing GIPF-related games a strategic factor of the game GIPF itself.

These games include:
By using our website, you agree to the use of cookies. These cookies help us understand how customers arrive at and use our site and help us make improvements. Hide this message More on cookies »