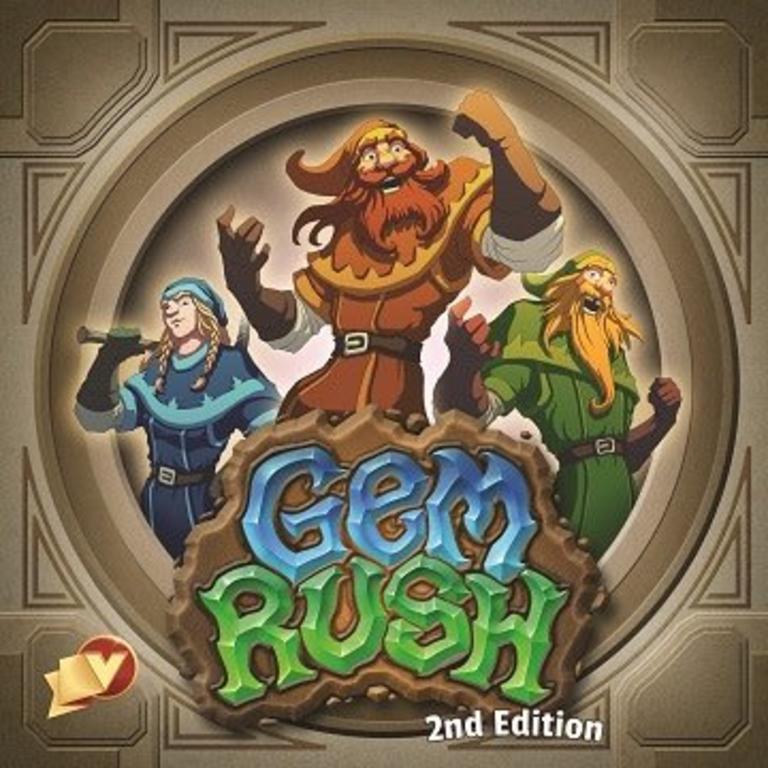 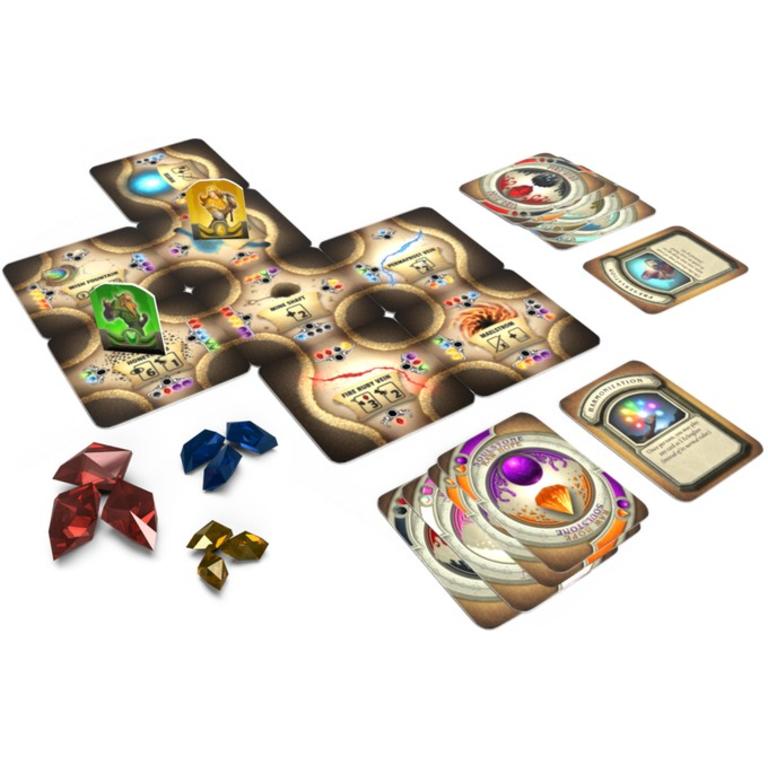 Gem Rush: Second Edition is a perfectly cut, highly polished new version of this treasured title. Designed by Jeremy (Darkest Night) Lennert, each player is an industrious dwarf working in a magical gem mine on a quest for dwarven glory, racing to build the mine, discover its secrets, and strategize using its evolving layout!!

This is a fantastic, easy-to-learn, 1-6 player blitz to build a magical gem mine. Use your gem cards to construct new rooms, and use the rooms to replenish your gems. There are two modes of play in Gem Rush: Second Edition. Race against your fellow dwarves to 20 points in Rush Mode, or work together in Crisis Mode where the ever-decreasing deck is your time limit!

A typical card includes two gemstones; you can count it as either – or as both if you can find the right spot to use them. The game board changes each time you play as the playing area is constructed out of modular room tiles, each with different abilities and different opportunities for further construction.

Get your mining picks ready and dig up Gem Rush today!

With a bright new look and deluxe features, gameplay enhancements include Mine Carts, which allow you move quickly from one Mine Cart tile to another, and several new Rooms to explore.

In addition, there are new "special" gem types offering brilliant tactical options. Echoglass can copy any standard gem it is played with, Orichalcum gives you an additional point when used, and Warpstone allows you to build anywhere without having to spend movement!

The inclusion of player Skill cards gives each dwarf a special ability in the mine that they can use to their advantage to find out who is the Top "Pick."

Back to home
Passport Game Studios

out of stock
Quickview
Z-Man Games
Carcassonne: Gold Rush
C$44.95
By using our website, you agree to the use of cookies. These cookies help us understand how customers arrive at and use our site and help us make improvements. Hide this message More on cookies »