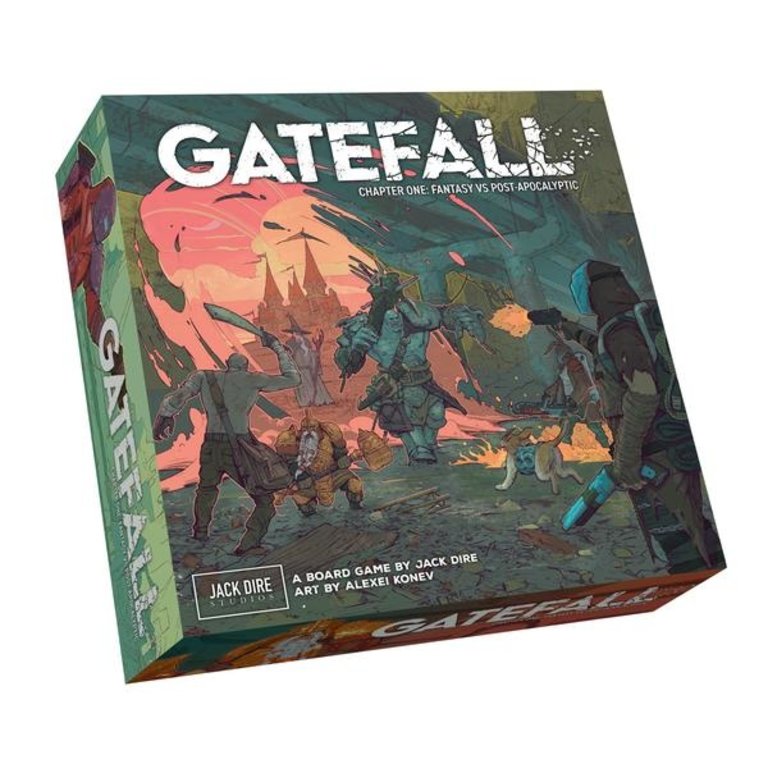 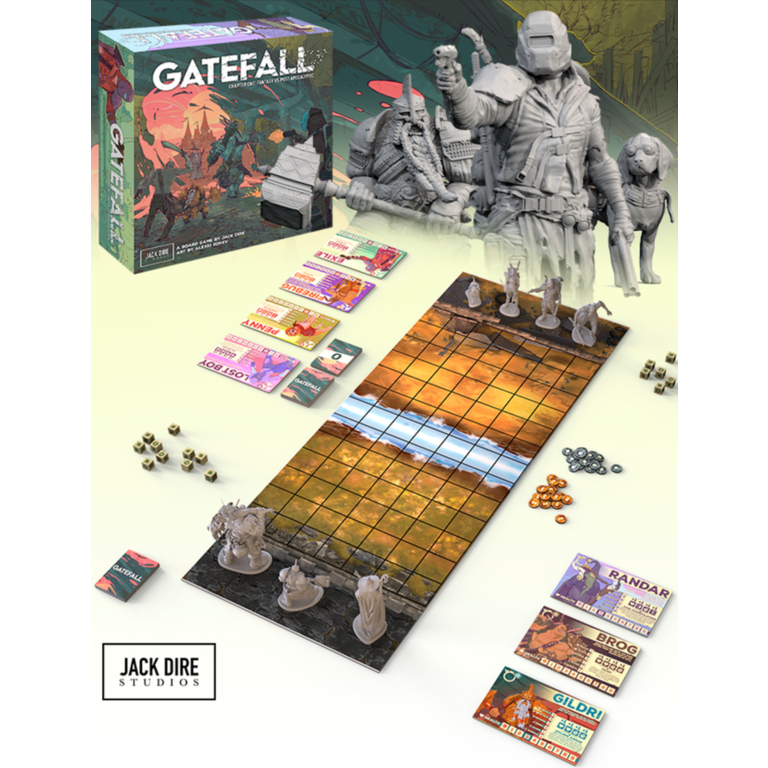 Gatefall is a strategic miniatures game of tactics, deck building, and resource management created by Jack Dire, the creator of Superfight, Red Flags, Blank Marry Kill, and You've Got Problems.

In the game, a rift has opened between worlds, causing a war between very different kinds of characters.

Players will take control of either the fantasy or post-apocalyptic team, and will use action points to move their figures and defeat enemy characters for victory points. Characters respawn when they are defeated, and can even "tag in" a new character from the same team (like one of the Kickstarter exclusive characters) while respawning.

A two player game will take around 60-90 minutes.

The game board is modular, which will allow you to play with 3 or more players (with the  purchase of a pack of differently-shaped rift boards), and will allow future expansion teams to fight these original two teams. The figures in Gatefall are enormous, making them a ton of fun to play with, paint, and look at. Penny is roughly the size of a moose in a typical D&D scale.

PRE-ORDER
By using our website, you agree to the use of cookies. These cookies help us understand how customers arrive at and use our site and help us make improvements. Hide this message More on cookies »