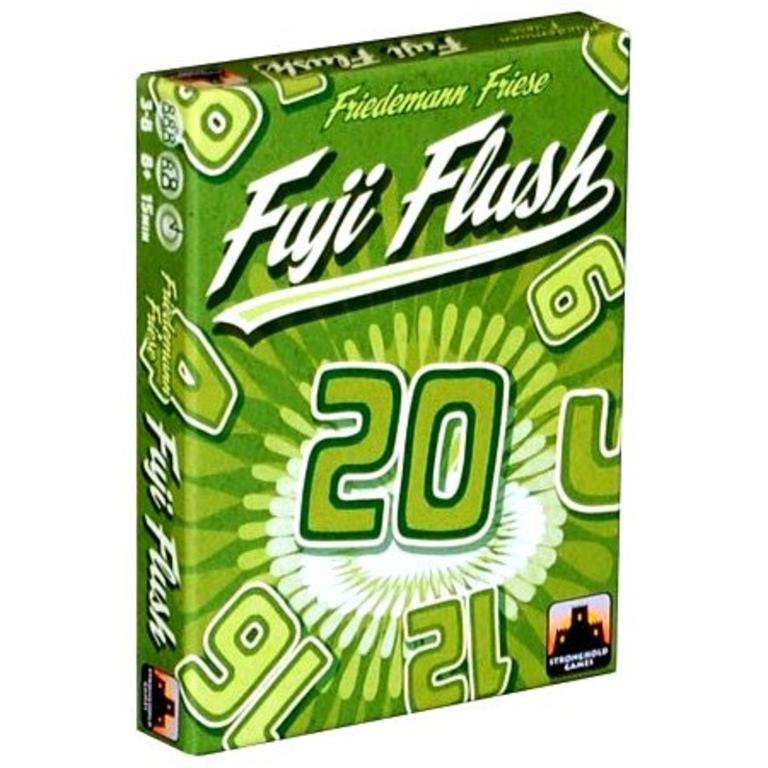 Be the first player to get rid of all of your cards!

Join forces with fellow players to beat cards played by other playersor independently play the highest card to outdo all your opponents together, flushing their cards down the drain!

Fuji Flush is a fast, fun, easy-to-learn card game that will have you shouting as your cards are sent down the drain!

Fuji Flush is a card game, which consists of cards numbered 2 through 20, with higher numbers being rarer. Each player holds six cards at the beginning. In clockwise order, players play one card each. If it is higher than another card currently on the table, the lower card or cards are discarded and the players who had played the lower cards must draw a new card. However, if two or more players play the same number, the card values are added together. When it is a players turn and their card is still in front of them, they can discard it without redrawing. First player(s) to get rid of their cards wins!

Fuji Flush is supports from 3 to 8 players! A great game for large player counts!