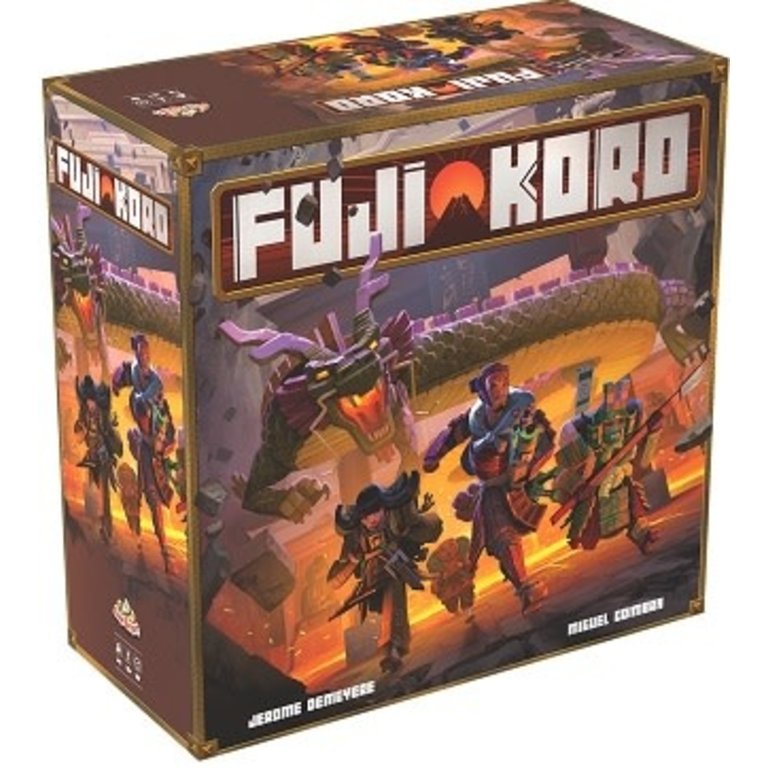 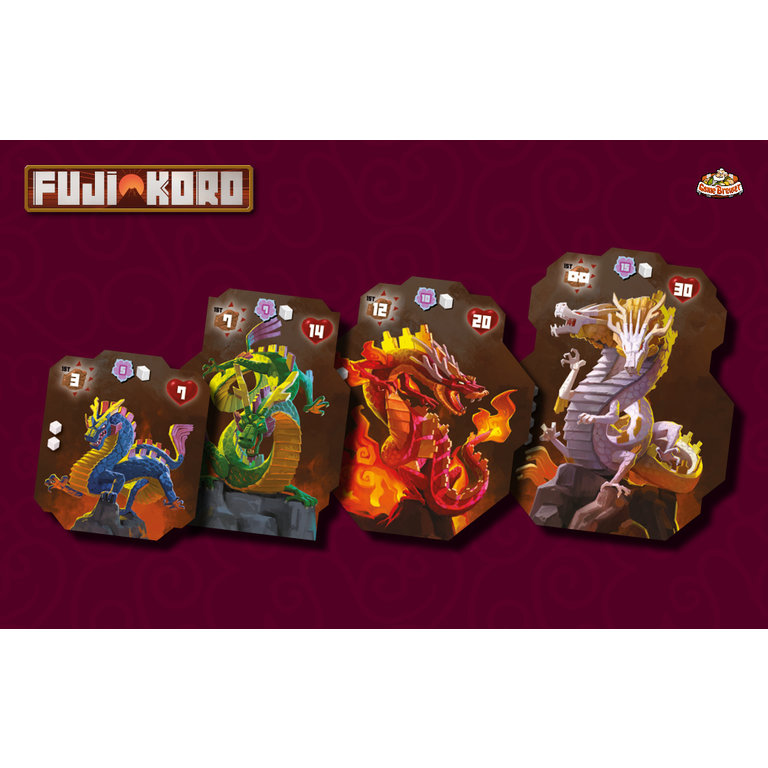 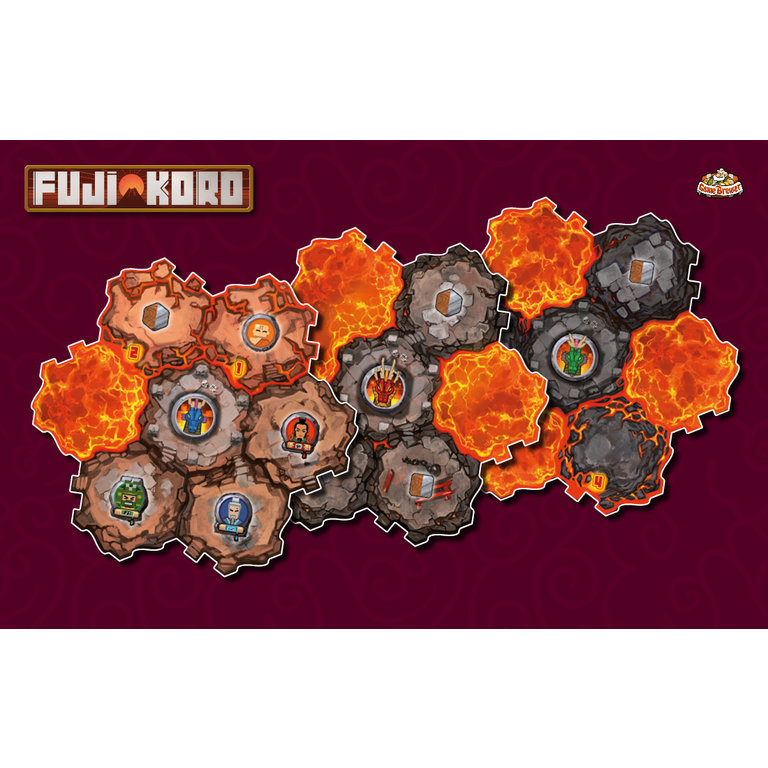 C$95.95
Game Brewer
In stock
Article code 5407004490816
Mount Fuji is on the verge of erupting. Red hot lava will soon consume the three secret Seien-ji hidden deep in the bowels of the volcano.
Share this product:

Mount Fuji is on the verge of erupting. Red hot lava will soon consume the three secret Seien-ji (聖煙寺), sacred temples hidden deep in the bowels of the volcano. The Shōgun is determined to preserve the precious heritage and sends his most noble and gifted samurai warriors on a quest inside the volcano to retrieve the valuable goods.

After a grueling climb through snowstorms and treacherous rocky terrain the samurai find the entrance that leads down into the cavern.

The volcano rumbles and the walls start shaking! The floor underneath their feet crumbles and our brave samurai fall into the huge cavern that contains the three temples, which are slowly sinking into the smoldering lava.

It is now up to our heroes to explore the cavern and find as many of the relics, sacred scrolls, and monks as possible, to bring back safely to the Shogun before the volcano erupts and all is lost forever.

Players will try and gather sacred scrolls and blueprints for magical weapons, gather resources, craft the best possible gear, and try to get out of the volcano before it fully erupts. To make matter worse, players will encounter fantastical dragons on their journey throughout the volcano, that they will have to try and defeat by themselves or with the help of other players.

The game continuous until the end phase of the game, which is triggered by one player reaching 30 victory points. Once that happens, players will have 8 final turns to escape the volcano.

To win the game, a player will have to score the most victory points by defeating dragons, exploring the cave, crafting the right weapons and bringing magical gear, dragon teeth and monks to the Shōgun during the end phase of the game.

Back to home
R&R Games

C$58.95
In stock
Article code 729220070067
I will fight to the bitter end for my people. It is true that this fight is nigh hopeless. Nonetheless, I call upon all of you who refuse to cast away your hope! Gather! Gather around our Unicorn Flag!

Quickview
AEG Alderac Entertainment Group
Unicornus Knights
I will fight to the bitter end for my people. It is true that this fight is nigh hopeless. Nonetheless, I call upon all of you who refuse to cast away your hope! Gather! Gather around our Unicorn Flag!
C$58.95
EmperorS4

C$21.95
Out of stock
Article code 4713052640013
In Hanamikoji, two players compete to earn the favor of seven illustrious Geishas by collecting each Geishas preferred performance item.

out of stock
Quickview
EmperorS4
Shadows in Kyoto
C$19.27
By using our website, you agree to the use of cookies. These cookies help us understand how customers arrive at and use our site and help us make improvements. Hide this message More on cookies »