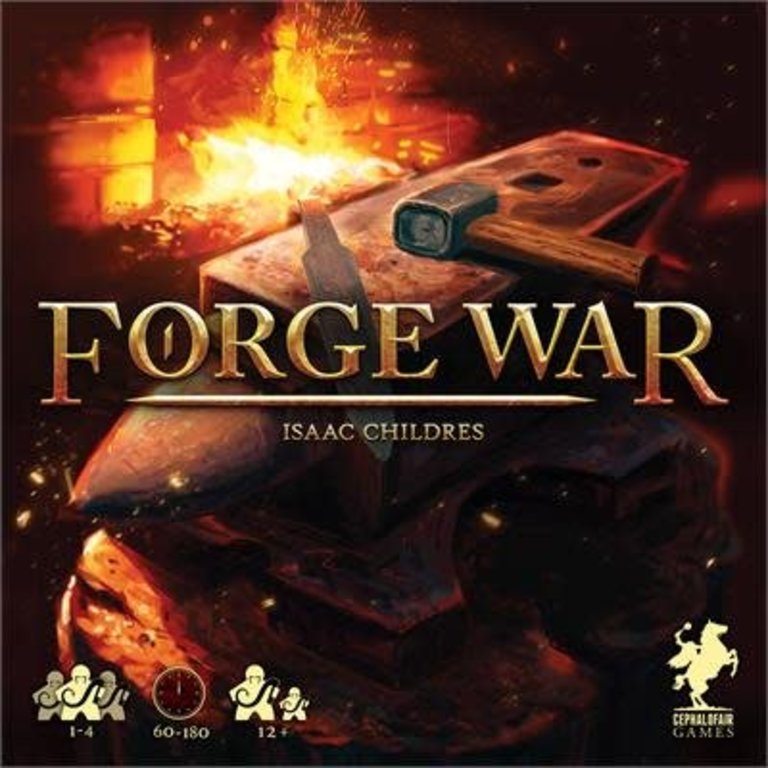 Forge War is a game of intense resource management and spatial reasoning.

In Forge War, players will take on the role of blacksmiths in a kingdom rife with marauding harpies, cursed dungeons and fire-breathing dragons. They are charged with gathering ore from the mines, purchasing weapon designs from the market and then using these resources to forge weapons for adventurers who will go on quests to fight back the ever-deepening darkness. If the adventurers are successful, they will return with more ore, money and other rewards with which players can invest back into their burgeoning weaponsmithing empire.

At its core, Forge War is a rewarding game of aggressive investment, which occurs through the acquisition of quests. Quest management becomes challenging for the player, however, because quests undertaken arent completed immediately, but instead progress each turn and become more difficult. At specific time intervals, players will need to add more resources to their quests or face failure.

Other features of the game include collecting metals and gems in the mine through spatial reasoning and player interaction, competing with other players for weapon designs and other valuable resources in the market through an action selection mechanic, and leveling-up adventurers as they complete quests giving them access to more weapons and powerful titles.