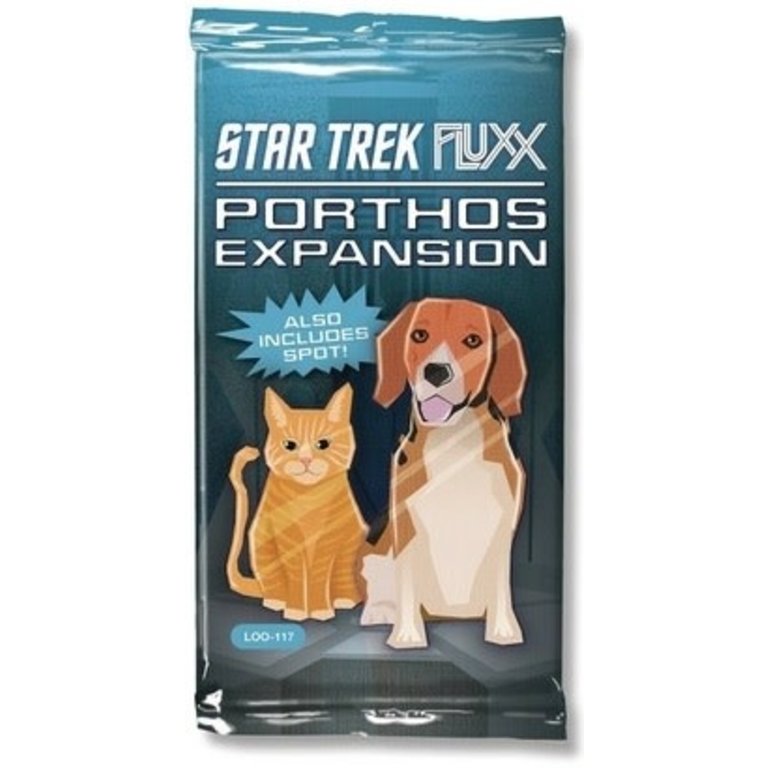 Add some Enterprise flavor to your collection of Star Trek Fluxx decks! The second of two Enterprise-themed expansion packs is on the light-hearted side, and is named for Porthos, Captain Archer’s dog. Porthos is joined by his crewmate Dr. Phlox, his fellow space pet Spot, a famous Klingon, Kor, and a bottle of Romulan Ale. Also includes a new Action and a New Rule! The Porthos Expansion pack works with any of the 4 standalone Star Trek Fluxxes, but for maximum fun, shuffle these cards together with as many of the Trek Fluxxes as you have!  Contains 16 cards.