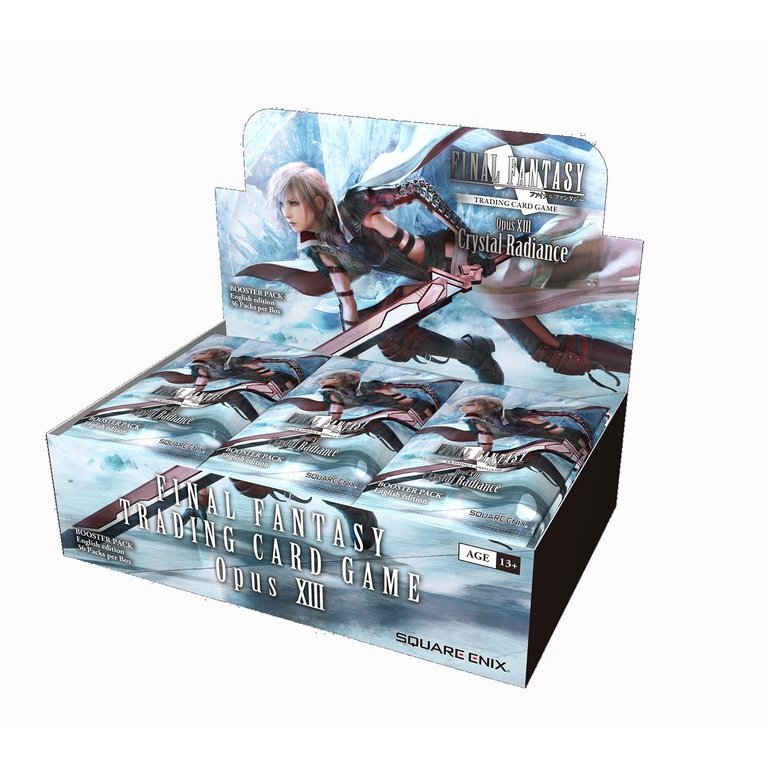 Multi-Element Forwards, which possess multiple elements and first appeared in Opus XII: Crystal Awakening, appear once again. There are a plentitude of cards featuring elemental combinations that differ from those of the Multi-Element cards from last time, expanding on the breadth of strategic possibility for deck construction and the game itself. Players are sure to make new discoveries through their matches in this new landscape.

Additionally, once again, three powerful cards from past sets are included as legacy cards, making this a highly satisfactory set in terms of collectability as well: Vivi [3-017L], Fina [8-060L], and Fusoya [9-094L].

out of stock
Quickview
Square Enix
Final Fantasy TCG - Opus XIV (14) Booster Box
C$154.97
By using our website, you agree to the use of cookies. These cookies help us understand how customers arrive at and use our site and help us make improvements. Hide this message More on cookies »