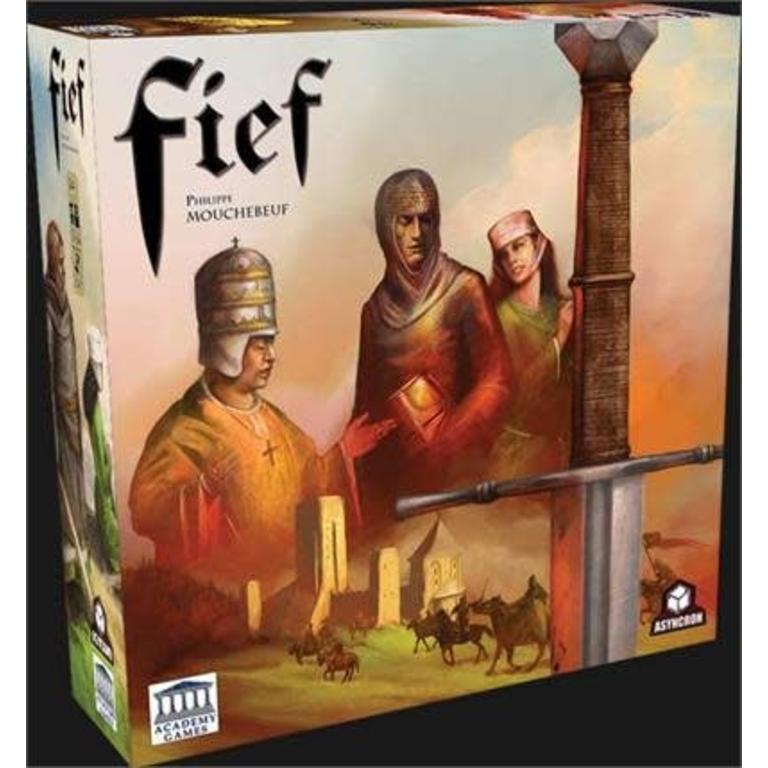 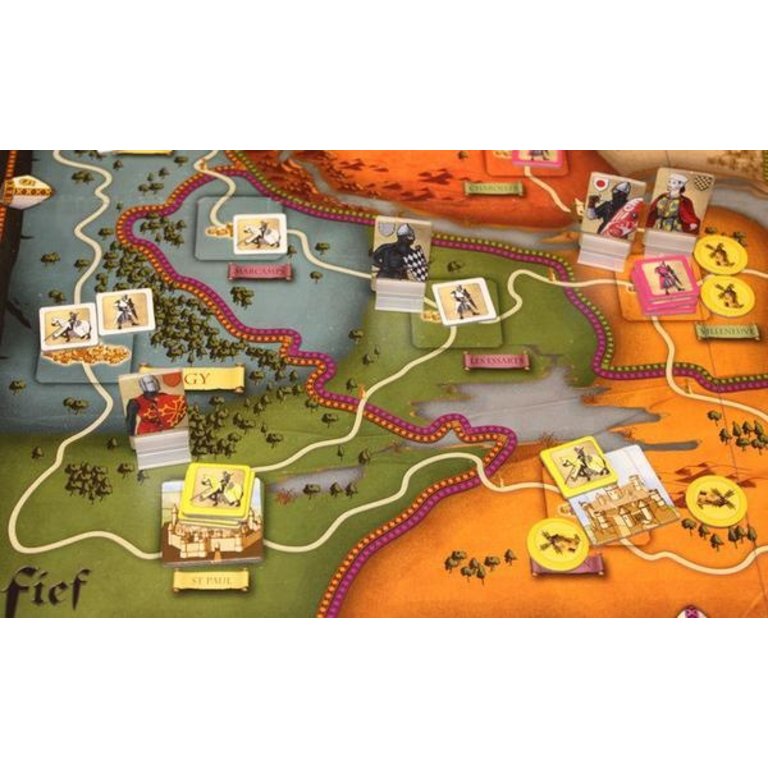 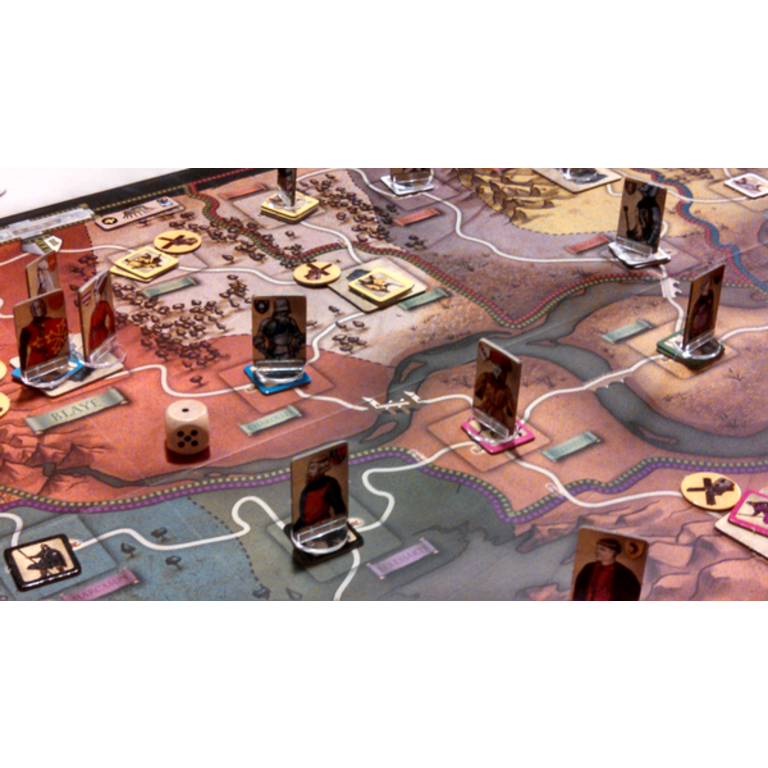 C$62.97
Academy Games
In stock
Article code 713757910729
France 1429 is a game of dynastic ambition, where players assume the roles of nobles in the 15th century Kingdom of France.
Share this product:

France 1429 is a game of dynastic ambition, where players assume the roles of nobles in the 15th century Kingdom of France. Each player strives to become the most powerful ruling force in the Kingdom by gaining control of Fief and Bishopric territories. In turn, they acquire Royal and Ecclesiastical (church) titles which give their families influence to elect the next Pope and King. Players strengthen their positions by negotiating marriage alliances between their families, setting the stage for love treachery and deception!

The game board represents a portion of the Kingdom of France in the Middle Ages. Villages have square outlines that are connected by roads that allow Lord and Troop movement. The villages are grouped into eight colored background areas that represent individual Fiefs, which are domains given to Lords to preside over.

Each village also belongs to one of 5 church Bishoprics. Each Bishopric is outlined with a heavy border line and is numbered between 1-5 along the edge of the board inside a Bishop's Mitre. Each village is part of both a Fief and a Bishopric.

Each player controls up to four family members, comprised of male and female nobles. These family members will rise in power by gaining Royal and Ecclesiastic Titles.

In Fief, a player may attempt to gain control of all the villages in a Fief to gain the Royal Title of Baron, Earl or Duke. For each Fief a player controls, he gains 1VP. These Titled Lords may now take part in the election for the next King. They may even be a candidate to become King, thus bringing 1VP and more power to the family!

Other members of your family may follow the calling of the Church to gain the Ecclesiastic Titles of Bishop and then Cardinal. These titles allow you to Tithe Bishoprics, taking the Church's (in this case 'YOUR') fair share of income from other Fief Lords! The highest goal your clerical family member can attain is to be elected Pope, bringing 1VP and special privileges to your family! You win the game as soon as you have 3VPs. This is easier said than done and you may need to form alliances with other players through diplomacy and marriage to obtain your goal.

When one of your family members marries a noble of another family, the two of you become allied. You now win the game together with 4VPs and cannot win alone, unless your marriage is annulled by the Pope or your spouse is 'mysteriously' murdered or dies of some other foul means! In addition to being wary of your fellow players, you may draw event cards that can quickly change your destiny. Bounty Event cards are beneficial to the Player and include Good Harvest, Good Weather and Added Taxes cards. But some cards are Disaster Cards that can randomly effect all players in specific Bishoprics. These include 'The Plague', Heavy Rain, Famine, and Peasant Uprisings! Income can be increased by players imposing church tithes on their opponents villages or taxing their own fiefs.

Players may purchase new Fief titles, improve their village incomes with mills, and fortify their cities. Players will also need to protect their land and castles. Men at Arms and Knights can be purchased, as well as Siege Engines. If you feel that other players are not running their Fiefs as well as you can, you may try to invade their territories! But you must risk one of your family members to lead the troops into possible combat, where they might be killed or taken prisoner.

If two opposing armies are in the same village square, a Battle may be initiated. The players assess the size and strength of their armies, which determine the number of Battle Dice each may roll. The number of 'f' rolled, determines how many hits you score. Men at Arms are defeated with one 'f', while Knights require three 'f' to be removed from the battle. Fief is a highly interactive player game of diplomacy, alliances, open chivalry and dastardly deceit!

Back to home
Academy Games

1812 The Invasion of Canada

out of stock
Quickview
Academy Games
1812 The Invasion of Canada
The year is 1812. War is raging across Europe and Russia. Napoleon, emperor of France, is seeking to dominate Europe through conquest.
C$77.95
Academy Games

C$93.95
Out of stock
Article code 736211996480
Gain fame, riches and a new home as the Vikings voyaging to England, or defend your Kingdom and Christendom from the pagan hordes!.

out of stock
Quickview
Academy Games
878 Vikings - Invasions of England
Gain fame, riches and a new home as the Vikings voyaging to England, or defend your Kingdom and Christendom from the pagan hordes!.
C$93.95
Academy Games

1754 Conquest: The French and Indian War

out of stock
Quickview
Academy Games
1754 Conquest: The French and Indian War
'1754 Conquest' is an area control game that continues the award winning Birth of America Series.
C$89.95
By using our website, you agree to the use of cookies. These cookies help us understand how customers arrive at and use our site and help us make improvements. Hide this message More on cookies »