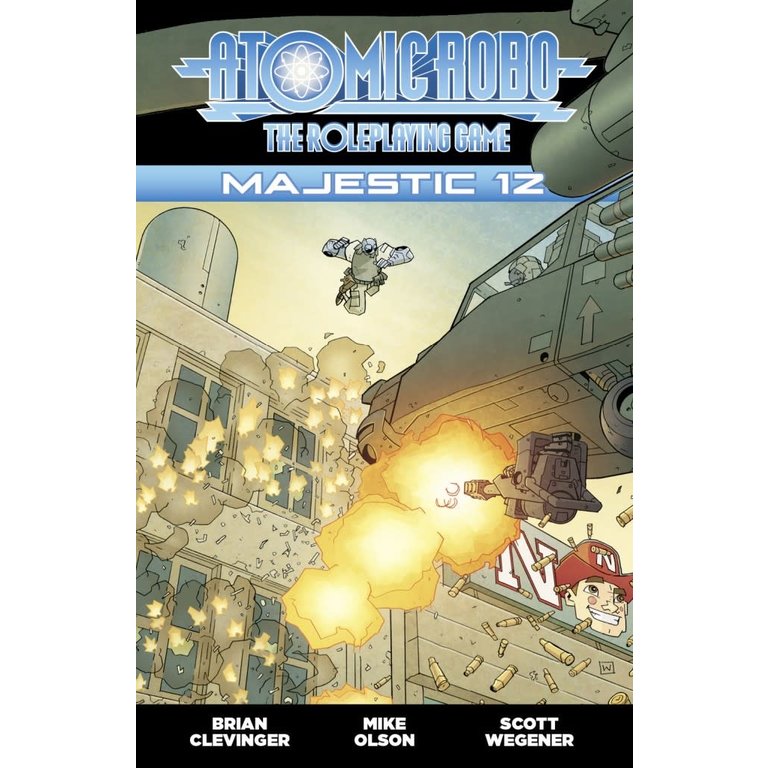 C$25.95
Evil Hat Productions
In stock
Article code 9781613171202
Join the Government in their mission to save humanity with the Majestic 12 supplement for the Atomic Robo Roleplaying Game.
Share this product:

Secretly protecting the American public from Tesla's dangerous technologies since 1947.

Join the Government in their mission to save humanity with the Majestic 12 supplement for the Atomic Robo Roleplaying Game.

Although they're portrayed as the bad guy in the popular comic book series, they don't see it that way. They're dedicated to protecting the American people by hunting down Tesla's most advanced technology and keeping it out of enemy hands and it doesn't get much nobler than that.

Majestic isn't just Total Science Bastards with Unlimited Gun Budgets, either. Behind every strike team is a score of intelligence agents, R&D specialists, and bureaucrats working around the clock.

Step into their shoes with this supplement fill of secret behind-the-scenes information on the workings of majestic, its mission briefing process, and key players in this organization