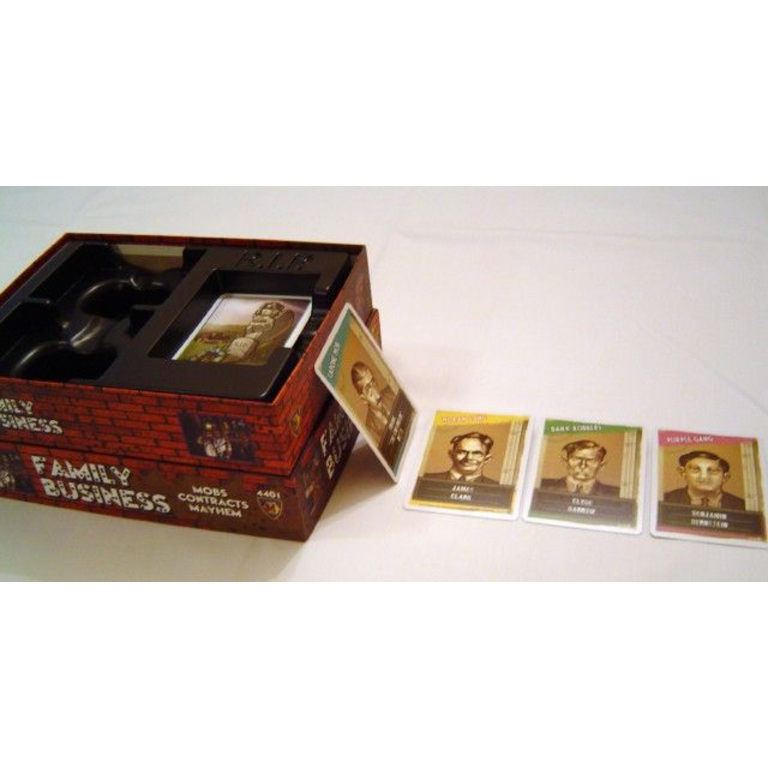 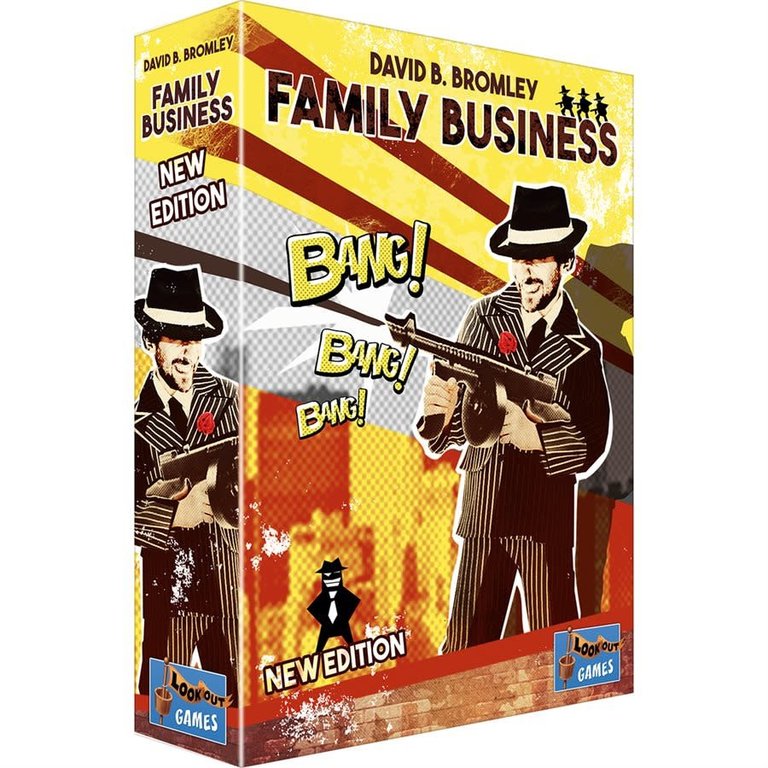 C$20.95
Lookout Games
In stock
Article code 4260402316451
Be the boss in this quick-paced card game of survival on the streets. Family Business pits mobsters against each other working to be the last family standing!
Share this product:
Family Business takes mob warfare to a new level of backstabbing, revenge, and general bloodthirstiness, which is what makes it such a blast to play. Every player controls a 'family' and plays various cards to off other players' family members. In a game with this little structure, it's possible for everyone to gang up on one unlucky soul, or for the damage to be fairly evenly spread. Either way, the last family standing is victorious.

Each player starts with a gang of nine characters. To try to get rid of other gangsters, contracts are played on them. If these contracts are not blocked by anyone, the targeted gangster is placed on the hitlist. As soon as six gangsters are on the hitlist a mobwar is started. This means that, at the start of every turn, the first character on this list is eliminated. This goes on until the list is empty.
Mobwars can also be triggered by cards being played. When no more than the last six or fewer characters are in play a constant mobwar is going on, until only one player has characters left.

Family Business is fast and furious, and the goal is survival! What's in the cards for your gang?

Quickview
Wizards of the Coast
Guillotine
The revolutionary card game where you win by getting a head!
C$20.95
Cheapass Games

out of stock
Quickview
Cheapass Games
Kill Doctor Lucky
C$32.95
By using our website, you agree to the use of cookies. These cookies help us understand how customers arrive at and use our site and help us make improvements. Hide this message More on cookies »