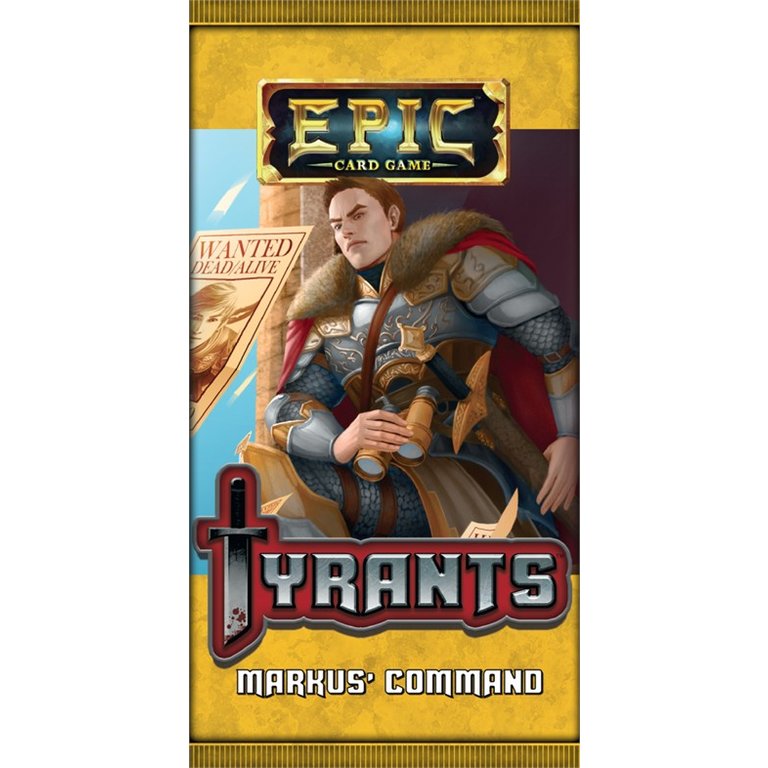 Markus, Watch Captain. Covenant is his city, and Captain Markus is obsessed with its order. The increased threat from the dinosaurs of Dargothian Valley, combined with the insurgency led by the rebel Paros, has hardened his resolve. He is the Defender of Covenant. He will wipe out all danger to his city, inside and out. Peace comes at the end of his sword.

Covenant is a city under siege. While Captain Markus enforces his harsh brand of justice on the people, rumors of a rebel leader have begun to inspire the masses to fight back. This pack includes the following 13 non-random cards: Markus Watch Captain, Quell, Paros Rebel Leader, Reap or Sow, Hands From Below, The Gudgeon, Drakas Enforcer, Battle Cry, Lightning Strike, Arcane Research, Temporal Shift, Elara the Lycomancer, and a Wolf/Zombie token.
By using our website, you agree to the use of cookies. These cookies help us understand how customers arrive at and use our site and help us make improvements. Hide this message More on cookies »