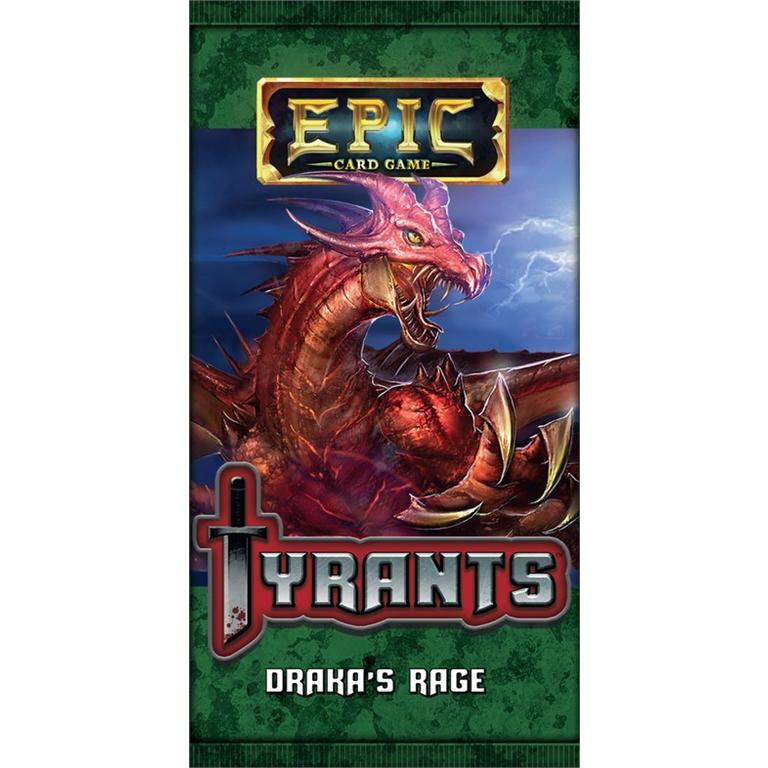 Draka, Dragon Tyrant. Draka, the Hunter of Dargothia, turned his back on the Dragonsong to live a life of peace, where only the Hunt matters. But a bolt of dark energy from Raxxas Riftgate has turned his mind to ash, and his eyes to fire. Now Draka sees the city of Covenant as a threat, and vows to use his dominion over the dinosaurs to remove it from the land, brick by brick. But firstRaxxa. The Dragonsong is coming to an end, but the Demon Lord will not be alive to hear it.

The Dargothian Mountains may seem completely wild and untamed but Draka reigns supreme there. Those who don't submit to his rule risk a fiery death from above.

This Draka's Rage pack contains 13 cards for use with Epic Card Game: Draka Dragon Tyrant, Draka's Fire, Shadow Imp, Necrovirus, Zealous Necromancer, Heinous Feast, Wolf's Bite, Lesson Learned, Mist Guide Herald, Insurgency, Blind Faith, Noble Martyr, and a new Wolf/Zombie Token.
By using our website, you agree to the use of cookies. These cookies help us understand how customers arrive at and use our site and help us make improvements. Hide this message More on cookies »