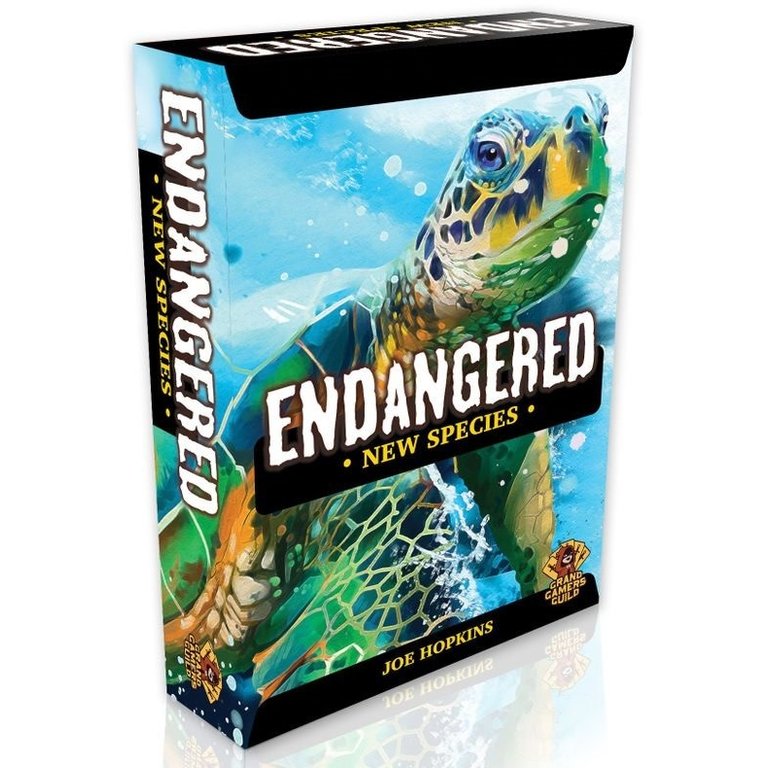 Endangered is the original game system that New Species expands. It is a cooperative game where you must save a species that is on the edge of extinction. This means that all of the players are working together to try and defeat the challenges the game throws at you. Though you all have different roles with unique advantages, you will all either win the game together, or lose the game together. The game is not easy to win... but losing is a lesson! Come back stronger the next time with a different plan, better communication, and tighter teamwork!

The incredible enthusiastic response for the base game and the first three scenarios (Tigers, Sea Otters, and Giant Pandas) made it clear that fans wanted more. There is a whole world of threatened creatures out there for us to highlight and learn about.

Endangered: New Species introduces a wide variety of new content to the Endangered system. Several new animal species and their unique challenges are included, such as the Polar Bear and the threat of melting icecaps, the Sea Turtle's harrowing journey, and the Jaguar & Tapir with their intertwined predator/prey relationship. A new Role, the Celebrity, gives players a new approach. The box is packed with new content for the thrilling game system that always keeps players on the edge of their seats!