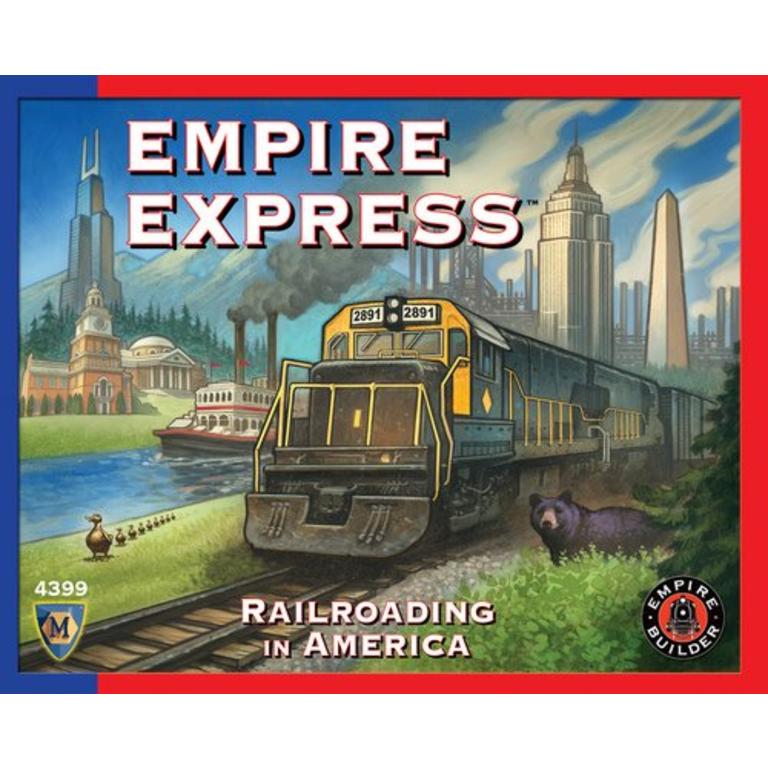 C$41.95
Mayfair Games
In stock
Article code DNR-029877044993
Share this product:
Empire Express At last there is an easy to play introduction to the Empire Builder series of games.

In Empire Express, players create competing railroad empires by drawing railroad tracks with crayons upon an erasable board. You win if you utilize your network of rail lines to acquire and deliver goods efficiently to accumulate the largest personal fortune!

The base game provides pre-programed routes on a board depicting a north eastern portion of the US with demand cards providing players with an easy way to learn the system through play. Players start with the bare bones of a railroad: an empty train and track connecting some cities. Each turn you and your fellow players take turns building track, operating trains, and delivering loads. The bank will pay you for each delivered load.

With the starting route guided by the board, only two loads per card and a visual pick-up and delivery guide on every card the learning curve is greatly shortened.