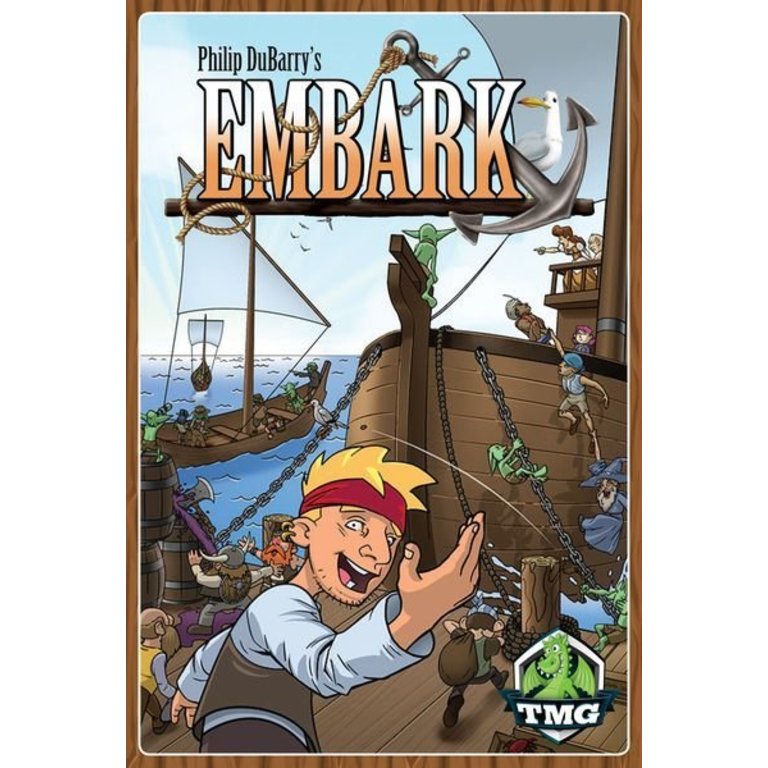 C$28.97
TMG
In stock
Article code 9781947941052
As new islands appear out of the mist, send your voyagers in search of wealth and adventure!
Share this product:

As new islands appear out of the mist, send your voyagers in search of wealth and adventure! In Embark, you will load various boats heading to these new, uninhabited islands in order to explore, colonize, and mine their riches. Only fully-loaded boats will launch, so assign your voyagers carefully. Explorers will scout out the islands, unlocking their mysteries. Miners will collect ore, and colonists will cultivate farms and reap the benefits that the islands have to offer. Watch out for your opponents’ warriors, who can replace your voyagers and take over their jobs!

Embark is a game for 2-5 players, designed by Philip duBarry, and developed by Seth Jaffee. It lasts about 15 minutes per player, and could be described as a light-to-medium weight game.

In Embark, you and your friends simultaneously assign your voyagers to boats, then take turns assigning them jobs by placing them into specific berths in the boats. When a boat is full, it launches, carrying your voyagers to one of the islands in play, where your voyagers will start to perform the jobs to which they were assigned:

After six rounds of assigning voyagers and launching boats, the game ends, bonuses are tallied, and the player with the most points wins!