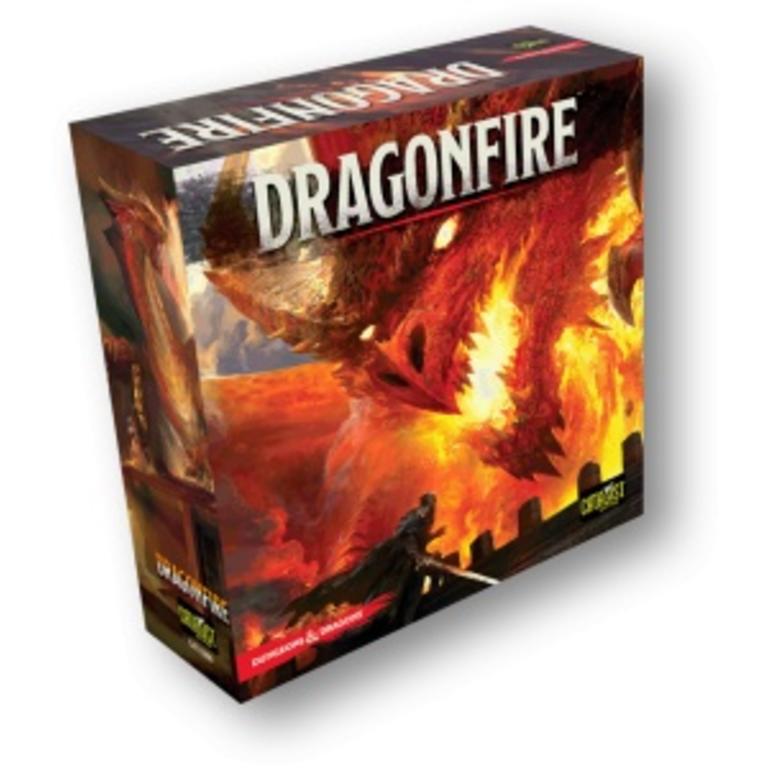 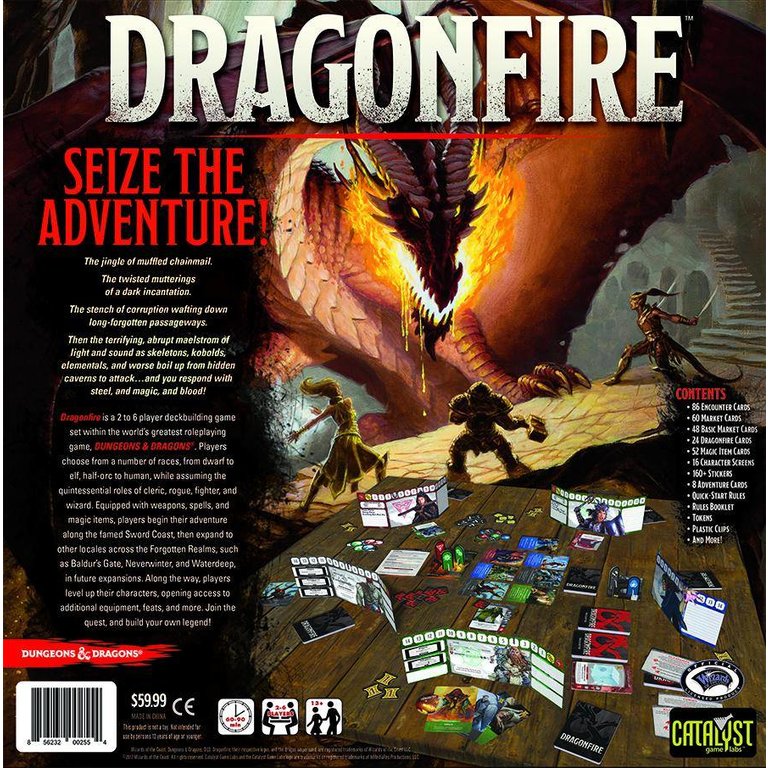 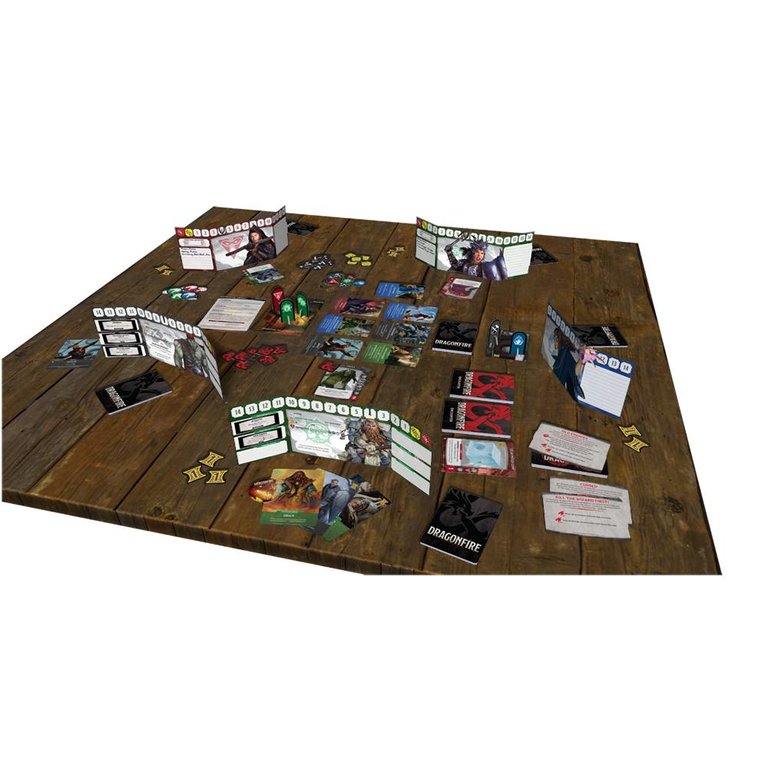 C$74.95
Catalyst Games
In stock
Article code 856232002554
Dragonfire is a deck-building game set within the world of Dungeons & Dragons.
Share this product:

The jingle of muffled chainmail.
The twisted mutterings of a dark incantation.
The stench of corruption wafting down long-forgotten passageways.
Then the terrifying, abrupt maelstrom of light and sound as skeletons, kobolds, elementals, and worse boil up from hidden caverns to attack... and you respond with steel, and magic, and blood!

Dragonfire is a deck-building game set within the world of Dungeons & Dragons. Players choose from a number of races from dwarf to elf, half-orc to human while assuming the quintessential roles of cleric, rogue, fighter, and wizard. Equipped with weapons, spells, and magic items, players begin their adventure along the famed Sword Coast, then expand to other locales across the Forgotten Realms, such as Baldur's Gate, Neverwinter, and Waterdeep in future expansions. Along the way, players level up their characters, opening access to additional equipment, feats, and more. Join the quest, and build your own legend!

Back to home
Catalyst Games

C$16.16
Out of stock
Article code 856232002585
The first of storyline expansions that will include a selection of Encounters, Magic Items, and Market cards, along with a new Adventure!

out of stock
Quickview
Catalyst Games
Dragonfire: Shadows over Dragonspear Castle Adventure Pack
The first of storyline expansions that will include a selection of Encounters, Magic Items, and Market cards, along with a new Adventure!
C$16.16
Catalyst Games

C$15.39
In stock
Article code 856232002592
Monstrous hunger shall not be denied in this second installment of the Dragonfire Adventures. New encounters await!

Quickview
Catalyst Games
Dragonfire: Chaos in the Trollclaws Adventure Pack
Monstrous hunger shall not be denied in this second installment of the Dragonfire Adventures. New encounters await!
C$15.39
Catalyst Games

Quickview
Catalyst Games
Shadowrun Crossfire: Prime Runner Edition
The shadows of the Sixth World have every kind of danger you can imagine.
C$67.95
Catalyst Games

C$23.64
In stock
Article code 856232002615
The Moonshae Storms campaign continues and builds from An Ancient Evil Arises from the base Dragonfire game.

Quickview
Catalyst Games
Dragonfire: Corruption in Calimshan Adventure Pack
The exotic cities and arid deserts of Calimshan hide wonders untold…and terrors unknown! Conquer new encounters, including the all-new Desert environment. In the shifting sands, claim new Magic Items and Market cards, along with Crafting Poisons, in the n
C$15.58
By using our website, you agree to the use of cookies. These cookies help us understand how customers arrive at and use our site and help us make improvements. Hide this message More on cookies »