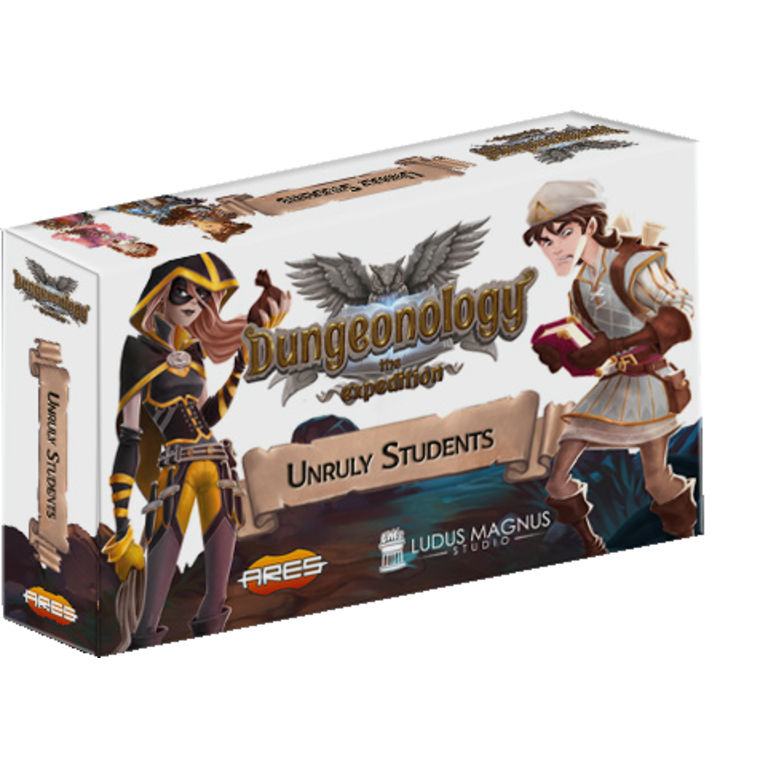 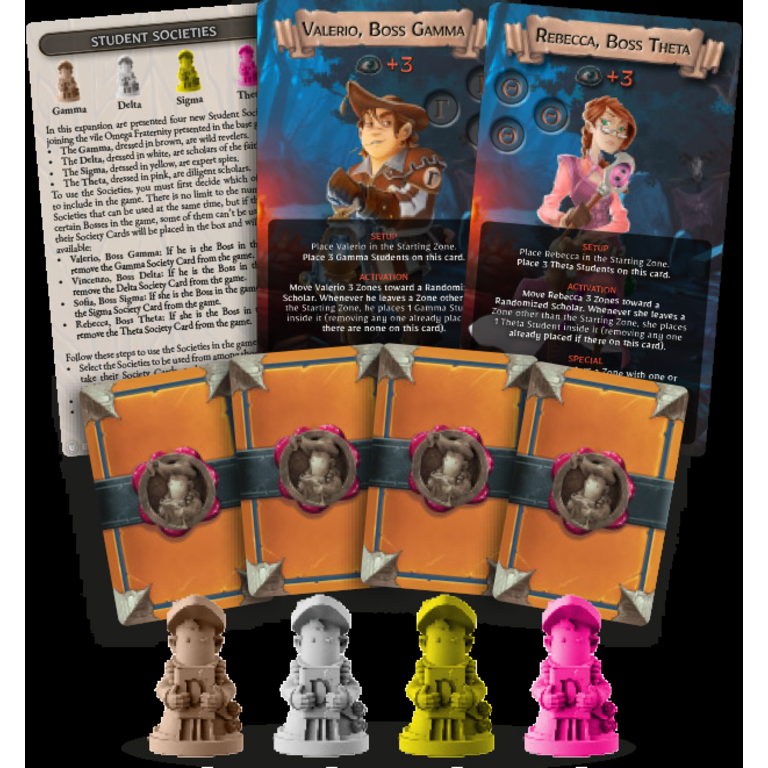 Unruly Students is a new expansion set for Dungeonology - The Expedition, and includes two new Boss cards (4 different Boss profiles) that can also be used in pairs, using the rules for playing with two of these Bosses in the same game, and four new types of Students that join the university of Rocca Civetta.

With this expansion, the Scholars of the core game become fearsome Bosses. There is an air of rebellion in Rocca Civetta, and the aspiring professors got tired of the rules of the University and, accompanied by their brotherhoods, they will enter the dungeons causing chaos. Vincenzo, Rebecca, Sofia and Valerio take charge of the university societies to sabotage the expeditions!

Each of them will be at the head of a new university society with specific Students of different colors, who will act against the players in the most disparate ways.

When one of these new Bosses is used in the game, the Students of its brotherhood can be used in addition to the standard Students of the core game and drawing one of them from the University Bag will activate the boss’ special powers!

The main innovation of this expansion is the possibility to play games with two of these Bosses in the same game: double the threat, double the fun!

THIS IS NOT A COMPLETE GAME. You must town a copy of Dungeonology: The Expedition to play.

Quickview
Ares
Dungeonology - The Expedition: Erasmus Expansion
C$30.07
By using our website, you agree to the use of cookies. These cookies help us understand how customers arrive at and use our site and help us make improvements. Hide this message More on cookies »