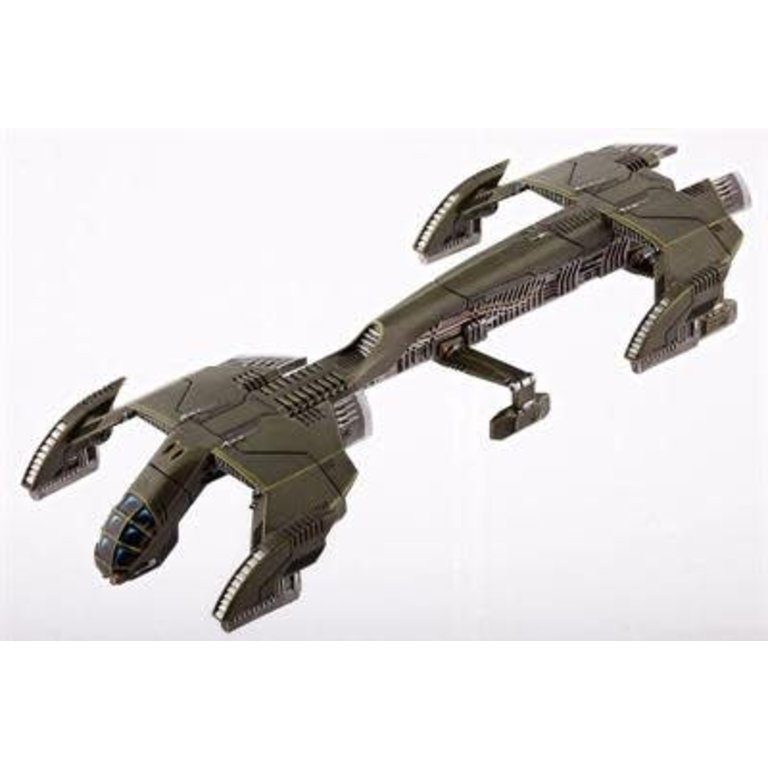 C$23.95
Dropzone Commander
In stock
Article code 639713387315
Share this product:
A lighter, faster cousin to the Albatross, the Condor is typically employed for spearhead operations. With a smaller transport capacity, it also finds extensive use with specialised sections that do not typically take to the battlefield in vast numbers.

Designed with a similar philosophy to the Albatross, the Condor is a low cost unit with moderate armoured protection, and is best employed beyond the reach of enemy air defences.

Due to its higher combat speed, it is often called upon over the Albatross to ferry mechanised infantry formations to flashpoints. In any case, UCM military doctrine discourages the transport of over 30 men in a single unit. This limits the risk of high casualties should a dropship be lost, making the Condor the UCMs premier infantry transport.

Contents:
One model per blister
10mm Scale
Length: 103mm
Wingspan: 42mm
10 Resin Components
By using our website, you agree to the use of cookies. These cookies help us understand how customers arrive at and use our site and help us make improvements. Hide this message More on cookies »