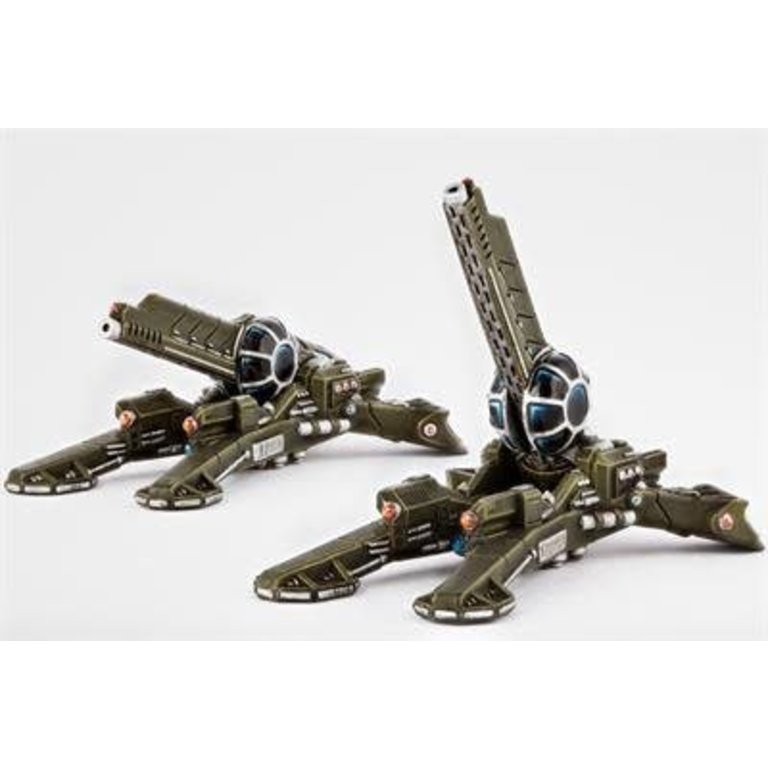 C$21.95
Dropzone Commander
In stock
Article code 740781772139
Share this product:
The Longbow is a one-man crewed, multi-role artillery unit, built around a rotating self-loading ammunition chamber, in much the same manner as a revolver of old Earth. On the Longbow, this can be rotated to select one of three different rounds; armour penetrating (anti-tank), high explosive blast (anti-light vehicle/ structure) and Smart Smoke.

Smart Smoke can be dispersed over friendly units to screen them from enemy fire or can be used offensively to disrupt enemy fire. It's a particularly innovate creation from the UCM experimental Sci-Tech labs, as it carries an exothermic component to skew thermal imaging. The round also delivers micro-drones, which facilitate the instant breakdown of the smoke on command, allowing friendly shielded units to open fire with a clear view when needed.

The Longbow is designed to be carried into the fray by the Raven-B Light Dropship, giving UCM commanders the flexibility and speed needed to deploy and re-deploy at speed. It is surprisingly large (slightly larger than a Sabre MBT) for a Raven-B portable unit, a fact which can be explained by its relatively low combat weight and modest armour protection.

Full background and rules are now available in Reconquest: Phase 1

Two models per blister
10mm Scale
Length: 47mm (gun forward)
2 Resin components each
Models supplied unassembled and unpainted
By using our website, you agree to the use of cookies. These cookies help us understand how customers arrive at and use our site and help us make improvements. Hide this message More on cookies »