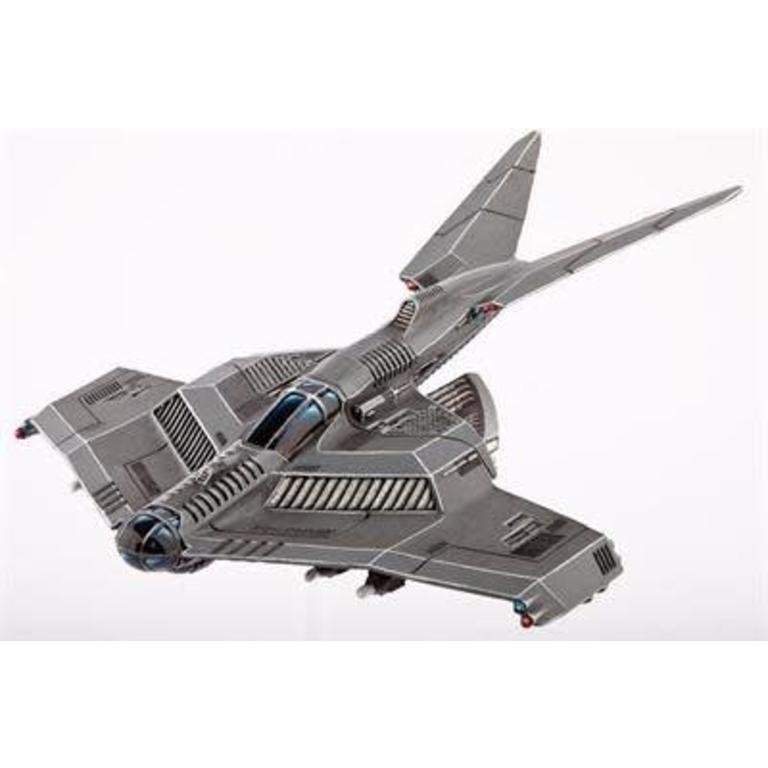 C$25.95
Dropzone Commander
In stock
Article code 740781772085
Share this product:
The Seraphim is a heavy fighter, designed specifically for strike missions against ground targets. It features a well armoured underbelly, giving it enhanced protection against ground fire. This is just as well, since a typical attack run involves a subsonic, low altitude pass, often directly over the frontlines.

Its primary weapon is the unique Heavenfire system, which can rain torrents of white hot plasma from the Seraphims internal storage bays. Its deadly payload must be released directly above the target, making the hardened Seraphim the ideal delivery system. Able to reduce a heavy battle tank to a molten puddle, the Heavenfire makes the Seraphim an excellent tank-buster.

The Seraphim also features four under-wing hardpoints to which heavy Sledgehammer bunker busters can be attached.

With these heavy weapons systems, the Seraphim is superbly equipped to deliver unbridled devastation to anything on terra firma.

Seraphim Strike Fighter shares blister with Seraphim Retaliator
One model per blister
10mm Scale
Length: 82mm
Wingspan: 58mm
Supplied with 1 x 40mm polished clear acrylic flying base
Model supplied unassembled and unpainted
By using our website, you agree to the use of cookies. These cookies help us understand how customers arrive at and use our site and help us make improvements. Hide this message More on cookies »