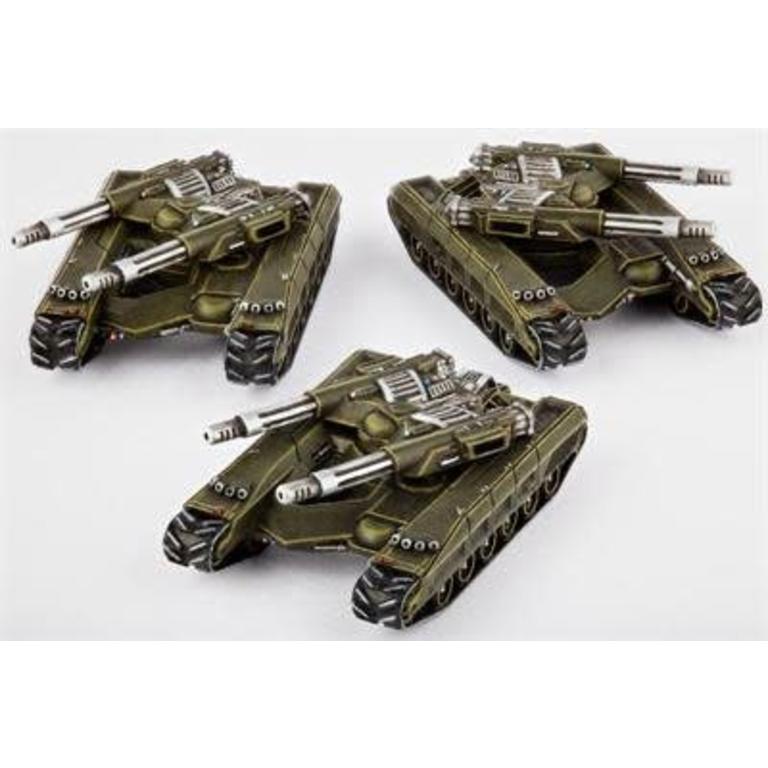 C$22.95
Dropzone Commander
In stock
Article code 639713388237
Share this product:
The Katana is built upon a lighter, nimbler version of the more common Sabre-type chassis. In a further effort to save weight, UCM military engineers have also adopted a less power-hungry weapon system; a twin high-velocity cannon, the UM-88T. This armament has a superior rate of fire to the more common railgun, although it does not have quite the same punch or range.

Katanas are typically deployed as flanking units and in theatres where extended time in the field are required. As such, they are becoming an increasingly common sight in UCM advance strike forces and even as armoured support for mobile scout groups. Due to its somewhat lower tech configuration than the Sabre it can also be manufactured in smaller, less advanced facilities than the vast armour works on Ferrum.

Background and rules can be found in Reconquest: Phase 1

Contents:
Three models per blister
10mm Scale
Length: 47mm (gun forward)
2 Resin components each
Models supplied unassembled and unpainted
By using our website, you agree to the use of cookies. These cookies help us understand how customers arrive at and use our site and help us make improvements. Hide this message More on cookies »