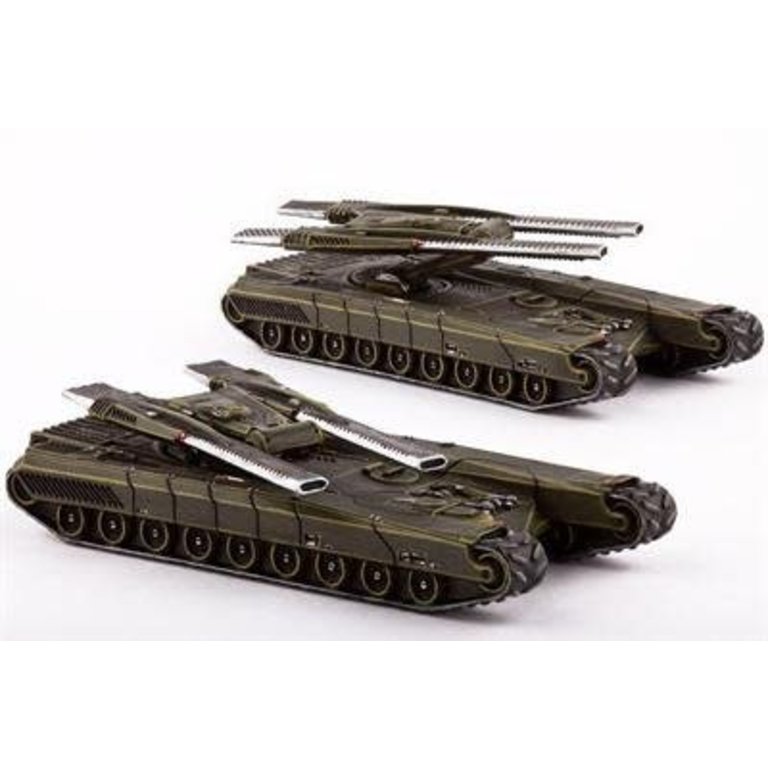 C$22.95
Dropzone Commander
Out of stock
Article code 639713387391
Share this product:
The Gladius heavy battle tank is the armoured fist of the UCM, a large, resilient vehicle capable of taking on the toughest of opponents. It sports a pair of UM-100 'Avenger' railguns on a folding turret armature, giving it a similarly low profile and observation abilities to the Sabre. This makes the Gladius a deadly adversary on the open battlefield, where raw power takes precedence over agility.

The Gladius shares several dimensions with its smaller cousin, since its hull is an extension of the standard design. This allows for considerable commonality between all UCM tank designs, reducing cost and increasing ease of maintenance.

The power drain of its twin railguns requires a much larger power generator, and as such the Gladius is somewhat slower than the more nimble Sabre. However, it is still relatively lightweight for a tank of its size, facilitating carriage by dropship.

Contents:
Two models per blister
10mm Scale
Length: 51mm (gun forward)
4 Resin Components each
Models supplied unassembled and unpainted
By using our website, you agree to the use of cookies. These cookies help us understand how customers arrive at and use our site and help us make improvements. Hide this message More on cookies »