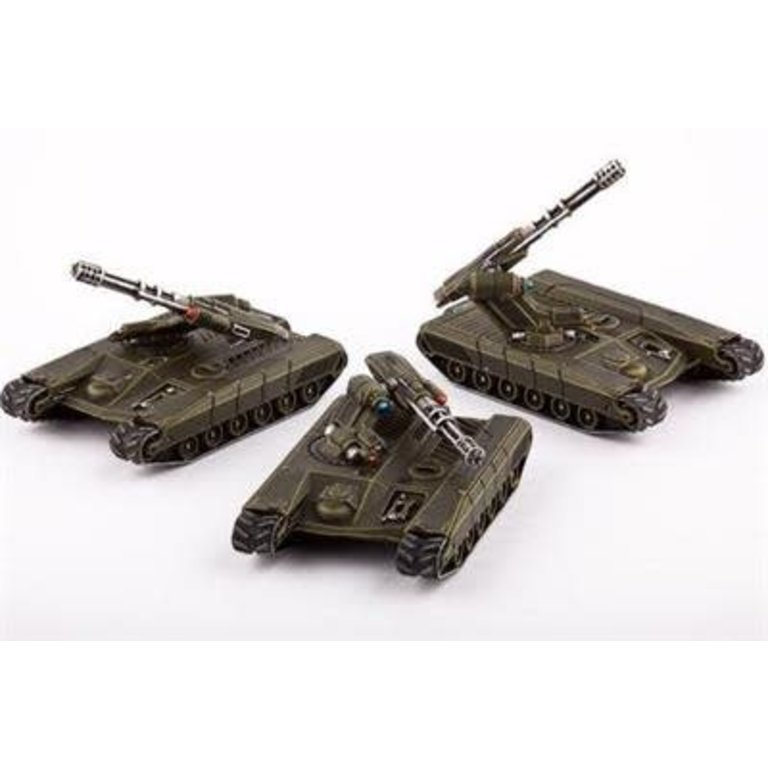 C$22.95
Dropzone Commander
In stock
Article code 639713387384
Share this product:
The Rapier utilises the Sabre-type hull to mount a fearsome UM-28 'Vindicator' Gatling cannon on a similar folding turret armature. This makes the Rapier an excellent anti-air unit, where the rapid traverse of its turret system can track fast moving aircraft with ease, while sending a hail of shells towards its target.

The vast reserves of ammunition required to feed the Vindicator are stored inside the hull and fed to the weapon via a complex internal path. The Rapier utilises a far more modest power generator than the Sabre, freeing space for this purpose, since the UM-28 has minimal power requirements.

Contents:
Three models per blister
10mm Scale
Length: 34mm (gun forward)
4 Resin Components each
Models supplied unassembled and unpainted
By using our website, you agree to the use of cookies. These cookies help us understand how customers arrive at and use our site and help us make improvements. Hide this message More on cookies »