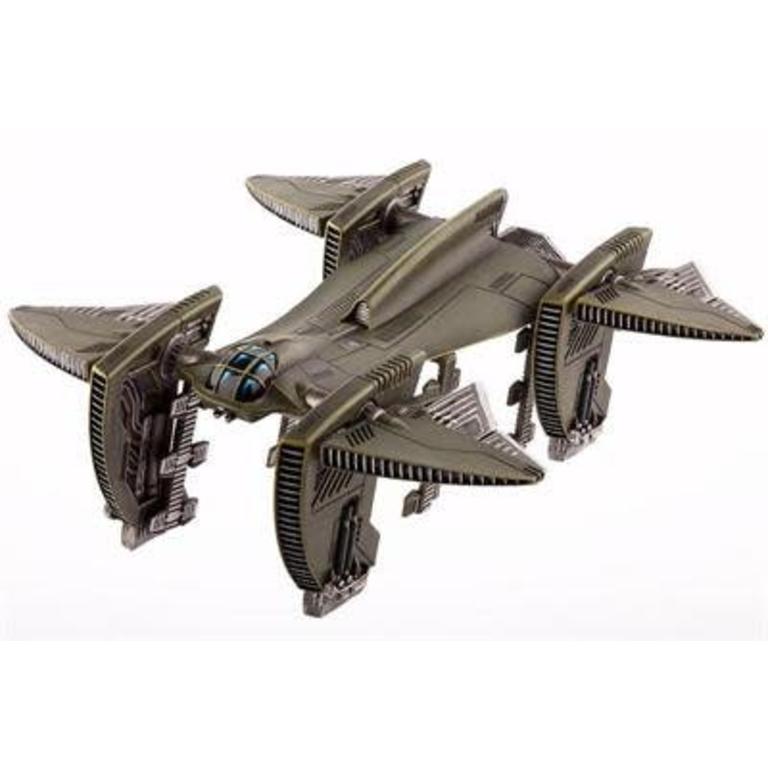 C$40.95
Dropzone Commander
Out of stock
Article code 639713387308
Share this product:
The Albatross is the primary mass orbital insertion craft of the UCM. It has been designed solely to drop the largest number of vehicles to the battlefield with the maximum of efficiency. As such, it eschews heavy armour in favour of greater lift and fuel capacity.

Despite its relatively light armour, the Albatross is bristling with under-wing folding heavy machineguns in addition to a chin mounted twin UM-44 cannon. This has led to the affectionate nickname The Flying Porcupine. Such formidable firepower makes it more than capable of sweeping dropzones of enemy infantry.

Able to deliver a full section of nine main battle tanks direct to the front, the timely arrival of a single Albatross may turn the tide of battle. It is a crucial part of the UCM military machine, the indispensable bridge between the Colonial Armoured Corps and their foes.