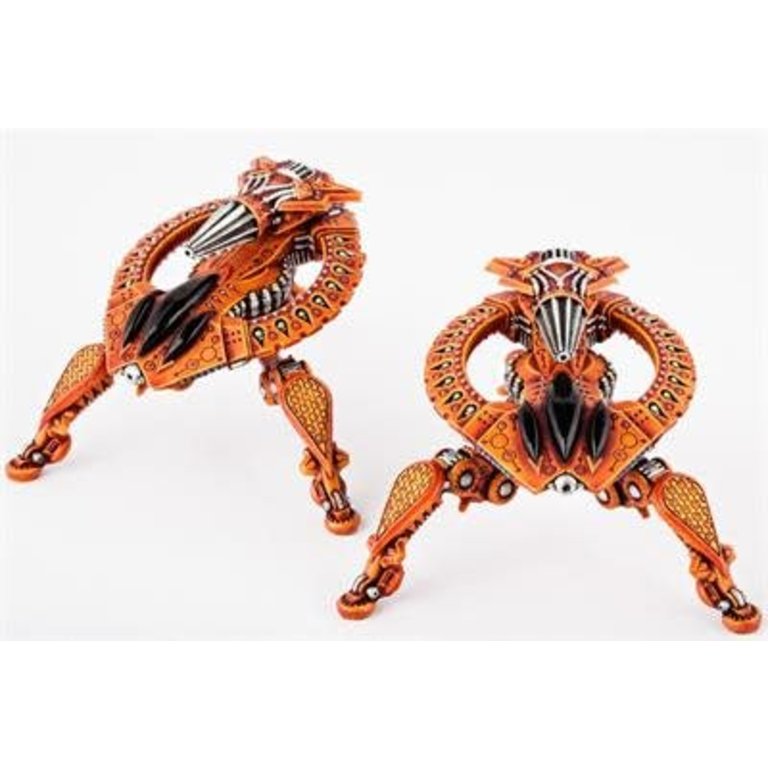 C$23.95
Dropzone Commander
In stock
Article code 639713388220
Share this product:
The Tarantula is a smaller, more agile version of the towering Warstriders. Its primary armament is the highly advanced Gravatic Magnifier (also known simply as the Grav-Cannon). This weapon delivers crushing fore to anything with mass - the larger and heavier the target, the more devastating its effect! By its very nature, it is also effective against skimmers.

It is also armed with a nose mounted micro-laser, a small but deadly accurate weapon well suited to destroying lightly armoured targets from great distances.

Battle Striders also feature anti-grav assistors and clamps on their legs and feet, allowing them to climb sheer surfaces to attack from above! These factors, coupled with increased survivability over most Shaltari grav-tanks makes the Tarantula highly popular with certain less subtle Warchiefs who would prefer to crush their opponents than out-manouver them!