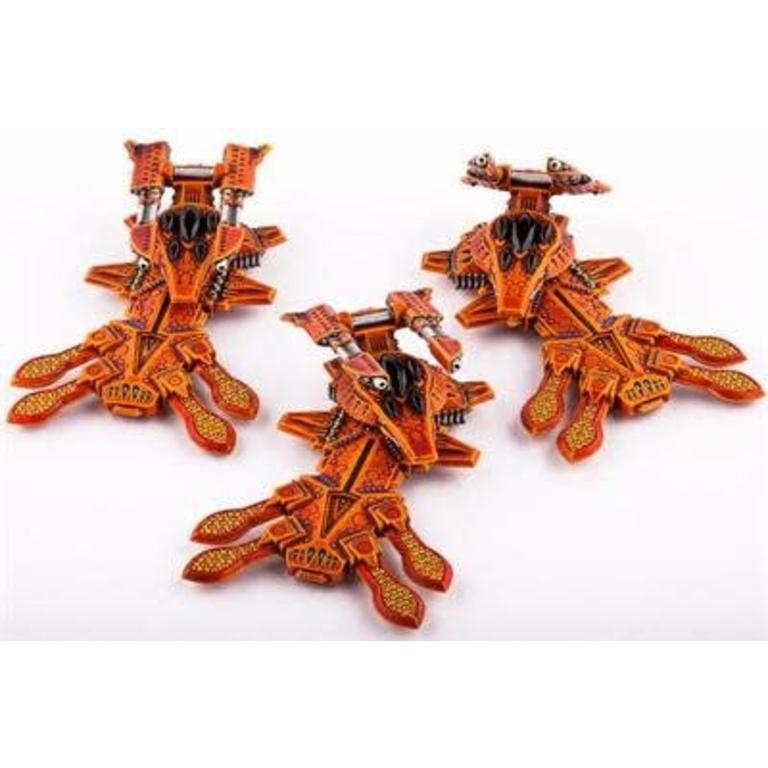 C$22.95
Dropzone Commander
In stock
Article code 639713387735
Share this product:
The Kukri shares the same hull, and thus most of the combat characteristics of the Tomahawk. It features the same excellent combat speed, manoeuvrability and energy shielding.

The Kukri is dedicated to the anti-air role and is armed with a pair of Ion Cannons. These weapons feature excellent rate of fire and reasonable power, certainly sufficient to defeat aircraft armour. Affixed to a high speed traversable mount, these weapons can target fast moving aircraft with ease.

The Kukri's great speed allows it to actively hunt loitering enemy aircraft, an ability not shared by its human counterparts, which couldn't hope to keep up!

Contents:
Three models per blister
10mm Scale
Length: 50mm (gun levelled)
3 Resin Components each
Models supplied unassembled and unpainted
By using our website, you agree to the use of cookies. These cookies help us understand how customers arrive at and use our site and help us make improvements. Hide this message More on cookies »