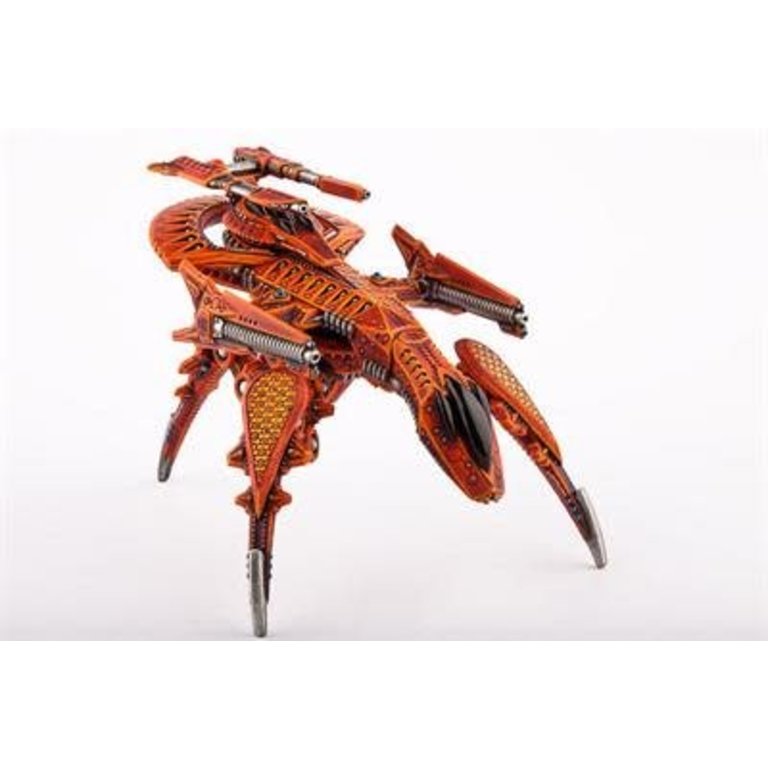 C$23.95
Dropzone Commander
Out of stock
Article code 639713387742
Share this product:
The Jaguar is perhaps the most iconic, and certainly the most distinctive of all Shaltari vehicles. It is a towering yet graceful tripod walker over 30 feet in height, bristling with advanced weaponry.

Being armed with a pair of Gauss Cannon and a pair of Ion Canons, it sports the firepower of a pair of Tomahawks and one Kukri in a single, awesome package. As such, it is one of the few units encountered on the battlefields of the 27th century capable to dealing with both aircraft and the heaviest of armoured units.

Its walker configuration makes it far more resilient than Shaltari grav tanks. Since weight is less of an issue, the Jaguar features much heavier armour, and can absorb multiple hits before succumbing. It is believed that its movements are at least partially assisted by antigrav technology though, since it moves with a fluid grace unnatural to such a gargantuan vehicle.

Jaguars are best employed where speed is secondary to survivability. They form a rock around which a line can be built, especially on the open battlefield. Warchiefs can expect Jaguars to stand and fight against virtually any opposition, although they lack the rate of fire needed to deal with large numbers of infantry.