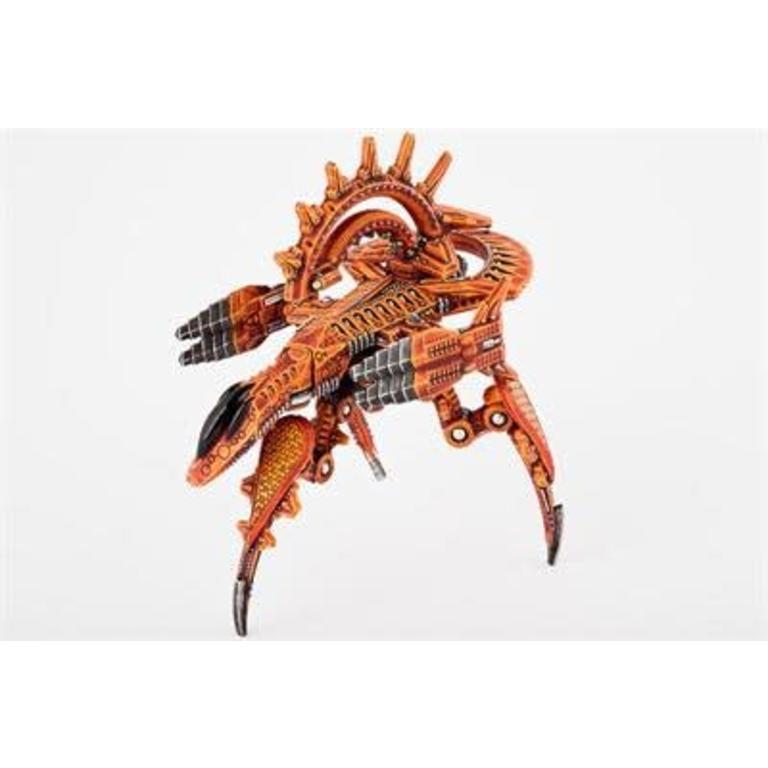 C$27.95
Dropzone Commander
Out of stock
Article code 740781772108
Share this product:
The Dreamsnare is a specialist Warstrider variant which carries an energy shield boosting relay device, improving the effectiveness of passive countermeasures on all nearby Shaltari units. This makes it an excellent support unit for the nucleus of any Shaltari Warhost. Tactically adept Shaltari Warchiefs can use modest numbers of Dreamsnares to maximum effect by rapidly relocating them to flashpoints where the fighting is fiercest.

The Dreamsnare also armed with a pair of twin, long-barrelled Microwave Cannons (an arrangement known as the Dragon Canon), giving it exceptional anti-infantry firepower. This supports Warstrider groups effectively, since Jaguars, Ocelots and Coyotes do not carry specialised anti-infantry weapons. The Dreamsnare can also concentrate all four of these formidable weapons onto a single target, delivering such energy that it can boil crews inside armoured vehicles, obliterate electronics and fuse moving parts into lumps of inanimate matter. This gives it powerful (albeit short ranged) anti-armour firepower.

The leopard continues the Shaltari combined arms strategy first seen in the Jaguar. Instead of anti-tank and anti-air capability, this construct sports close support weaponry similar to that seen on a Dreamsnare or Firedrake, but with a concentrated Anti-vehicle weapon as well.

The Leopard uses Shaltari Microwave technology (amplified many times over by the fearsome power output of a warstrider) and focuses it through hardened prismatic beam generators. In effect, this creates a focused torrent of hyper-agitated molecules; a beam of molten air which immolates anything it touches with ease.

Coupled with the devastating Dragon Cannon, the Leopard is the Warstrider of choice for close up, battle hunger Shaltari who wish to look the enemy in the eye before scorching them from the face of the battlefield.