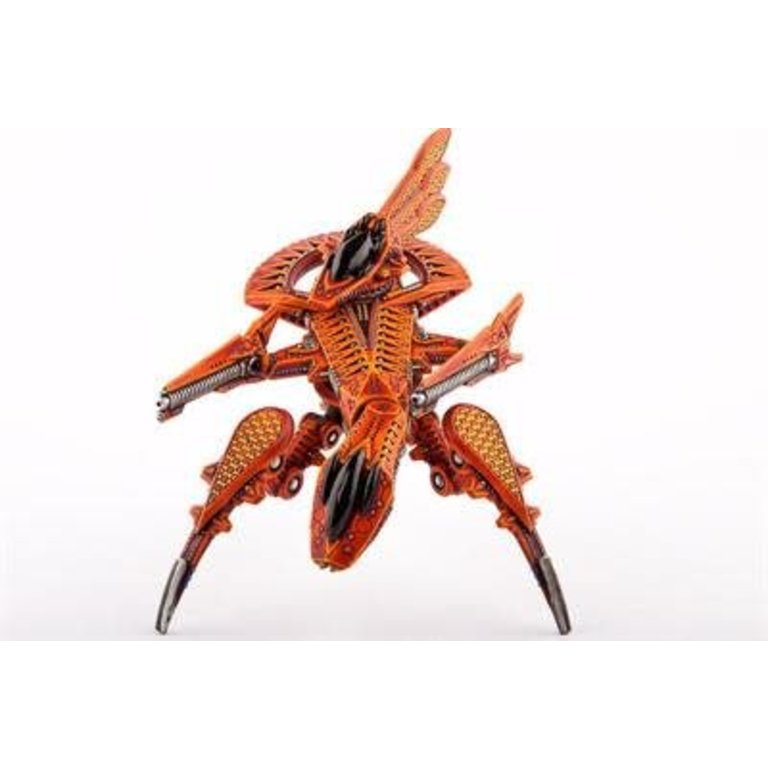 C$23.95
Dropzone Commander
In stock
Article code 639713387766
Share this product:
The Coyote is the premier mount for Shaltari Warchiefs, officers and heroes. Sharing many characteristics of its cousin the Jaguar, the Coyote foregoes the former's anti-air capability in favour of a command module. This gives the commander excellent visibility and a high powered communications suite.

The command module also has the ability to eject from the main body of the Warstrider, should catastrophic damage be sustained. When it does so, a small set of lift vanes deploy, allowing the module to escape to safety. The Coyote also features the most powerful energy shielding so far seen on any Shaltari vehicle. Such technology is typical of the Shaltari, who value knowledge and experience above almost anything else.

Despite its role as grand chariot for the Shaltari's leaders, the Coyote is more than capable of defending itself. Indeed, it matches the Jaguar's excellent anti-armour capabilities. It takes multiple main battle tanks to tackle a Coyote.