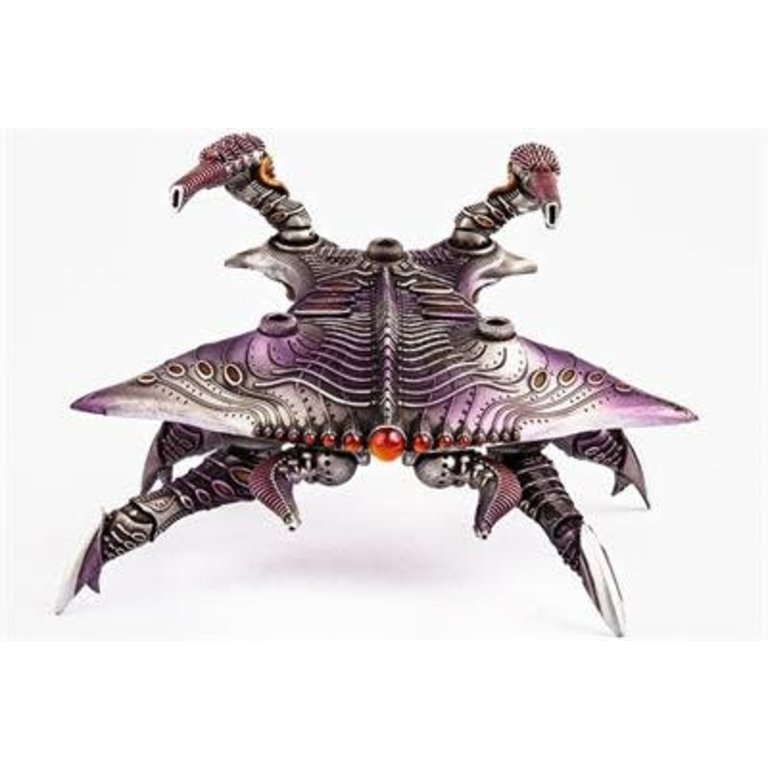 C$40.95
Dropzone Commander
In stock
Article code 740781771842
Share this product:
As the UCM pushes deeper into Scourge controlled territory they are encountering new and even more menacing enemy constructs, most recently the horrifying Oppressor.

Clearly a command unit of some kind, the Oppressor is a far more resilient, albeit ground-based alternative to the dreaded Desolator. It features an awesome array of weapons which are at their most potent up-close, where aggressive Scourge commanders can build a vanguard force around this formidable monstrosity. It has also been seen operating from the rear of Scourge lines, using its survivability and overcharge fire ability to extend range and keep high value commanders alive through protracted engagements.

Oppressors are most often seen with large numbers of Prowlers, Stalkers and Ravagers, but unlike many command units are frequently on the sharp edge of any attack where they can do the most damage. Leading with two Plasma Carbines and an Electroweb caster, it carves a gory path through the enemy, scuttling over all obstructions to rip any survivors apart with apparent glee.

Contents:
One Oppressor per blister
10mm Scale
Length: 70mm
Width: 80mm
Eleven Resin Components
Model supplied unassembled and unpainted
By using our website, you agree to the use of cookies. These cookies help us understand how customers arrive at and use our site and help us make improvements. Hide this message More on cookies »