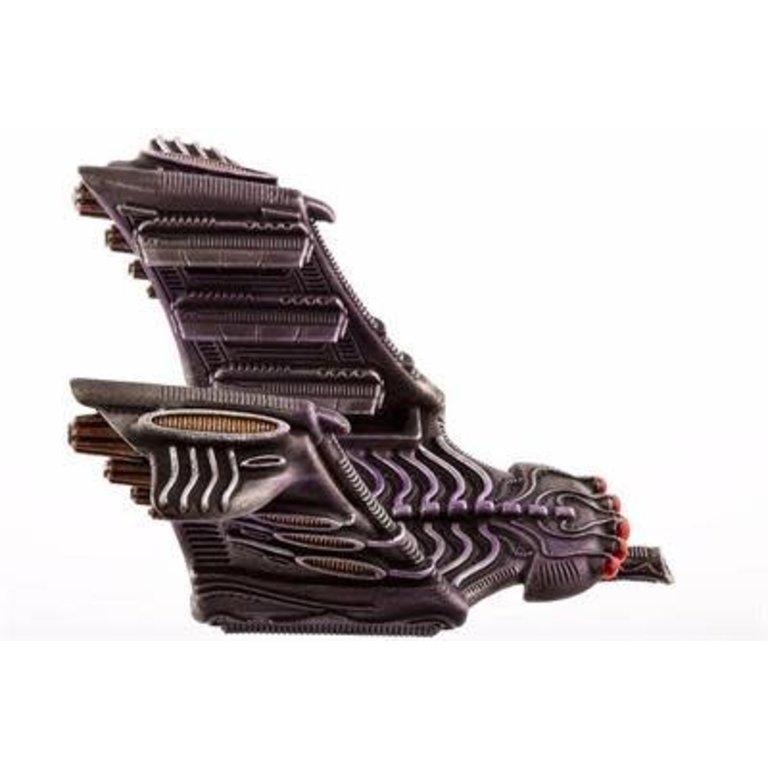 C$20.95
Dropzone Commander
In stock
Article code 639713387506
Share this product:
The Marauder is a lighter version of the Despoiler, and is generally employed at the spearhead of landing forces, getting heavy armour to the front ahead of the main force. It is also often used to deliver smaller, specialised groups to the battlefield. Due to its small footprint, it has the advantage of being able to reach dropzones inaccessible to dropships of other races.

It is faster than the Despoiler, although somewhat easier to destroy. Infantry have more to fear from the Marauder however, since it is armed with the sinister plasma hose, which rains superheated death from on high, turning men to ash in microseconds. Despite its short range, this weapon can also be employed against defenceless ground vehicles, making the Marauder more effective at missions requiring close air support. In line with Scourge tactics, the Marauder uses its high speed to reach the enemy in an alarmingly short time, and to bring its weapon into range.

One model per blister
10mm Scale
Height:35mm
Wingspan: 52mm
9 Resin Components
Supplied with 1 x 40mm clear acrylic flying base
Model supplied unassembled and unpainted
By using our website, you agree to the use of cookies. These cookies help us understand how customers arrive at and use our site and help us make improvements. Hide this message More on cookies »