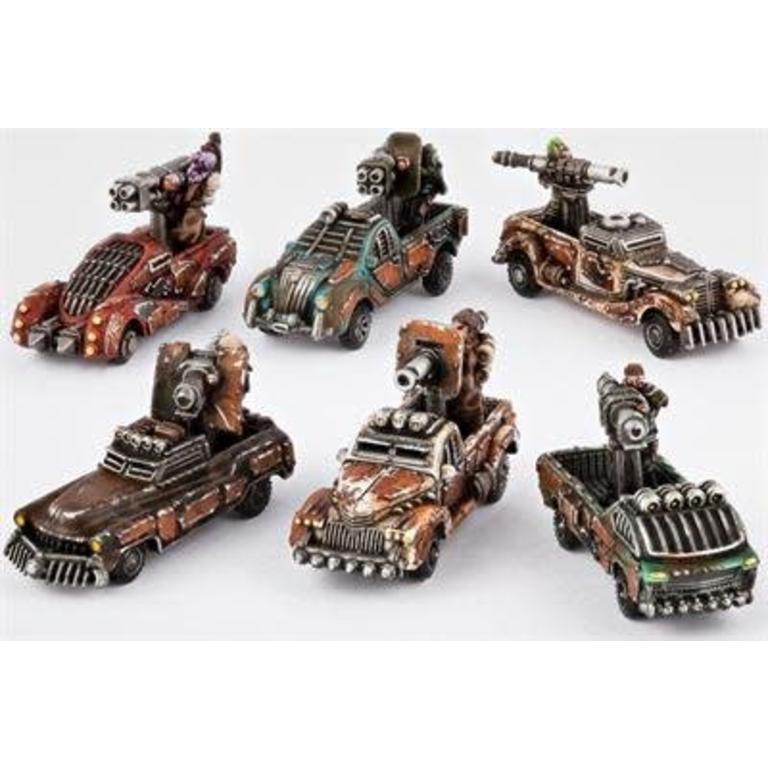 C$24.95
Dropzone Commander
Out of stock
Article code 740781771583
Share this product:
After almost two centuries of occupation, the Resistance have become highly adept at repairing, modifying and armouring antique vehicles. Car sized weaponised versions are known as technicals and are a common sight whenever the Resistance take to the field of battle. Inventively dangerous additions such as rams, wheel spikes and roll cages are frequently added to complete the conversion to military service.

The most common form of technical is armed with an army surplus rocket launcher. These vary in design as pre-war armies had long histories and thus many different patterns were in service at the same time. The rockets fired by these units are generally handmade to supplement dwindling stockpiles of military grade munitions, and although they can be effective against tanks their explosive power and range is limited. Rocket Technicals are at their most dangerous when used as part of a well coordinated team, where the superior skill of the operators can combine their efforts to do great damage to a single target.

Contents:
6 x Rocket Technicals per blister
Length: 30mm
10mm Scale
One Resin and one Pewter component each.
Models supplied unassembled and unpainted
By using our website, you agree to the use of cookies. These cookies help us understand how customers arrive at and use our site and help us make improvements. Hide this message More on cookies »