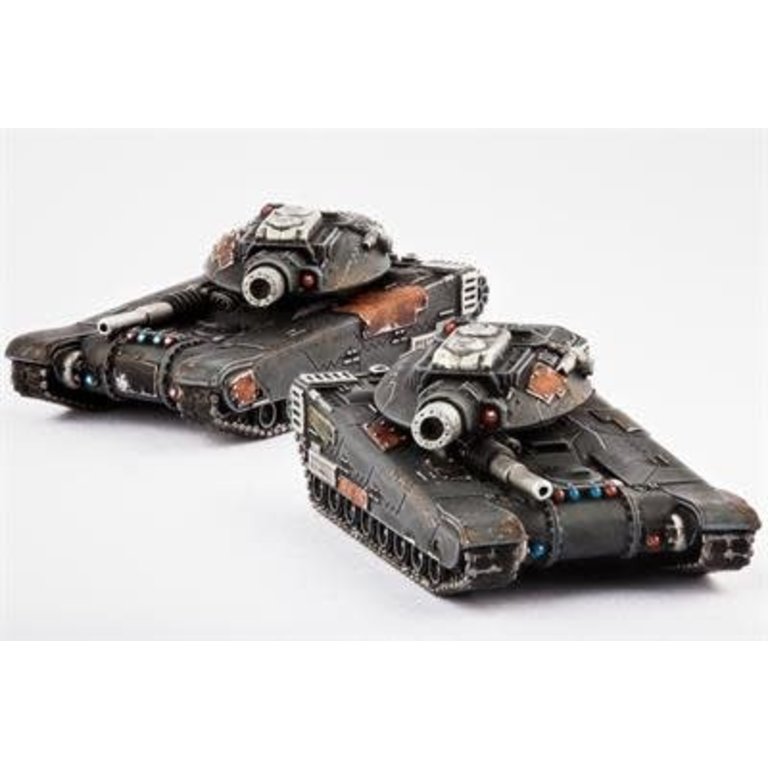 C$25.95
Dropzone Commander
In stock
Article code 740781772245
Share this product:
The Mehmed variant of the Hannibal tank was not often fielded in the early stages of the Reconquest with good reason. Created as a siege tank, it was not as versatile as the Hannibal in the early years of the fight. At that time, the Resistance were focused on out-lying Scourge defences and testing the alien invader with hit and run attacks. Wasting precious heavy tanks in situations where they would not be useful was not a strategy that most Resistance Commanders were willing to countenance they had not survived this long by being fool-hardy.

As the Reconquest efforts on many planets (most notably Eden Prime) moves from beachhead and foothold operations to direct assault and bastion eradication, the Mehmed is coming into its own by cracking defensive positions and breaking into fortified areas. The huge calibre of the tanks main armament excels at siege operations, destroying bunkers and heavily armoured emplacements with ease. Most effective when deployed into the thick of the fighting by Lifthawk, the Mehmed will proceed to grind forward, heavy armour taking punishment countering with pulverising volleys that crush any defiance from the enemy.

Mehmed Siege Tanks shares blister with M9 Hannibal
Two models per blister
10mm Scale
Two Resin components each
Models supplied unassembled and unpainted
By using our website, you agree to the use of cookies. These cookies help us understand how customers arrive at and use our site and help us make improvements. Hide this message More on cookies »