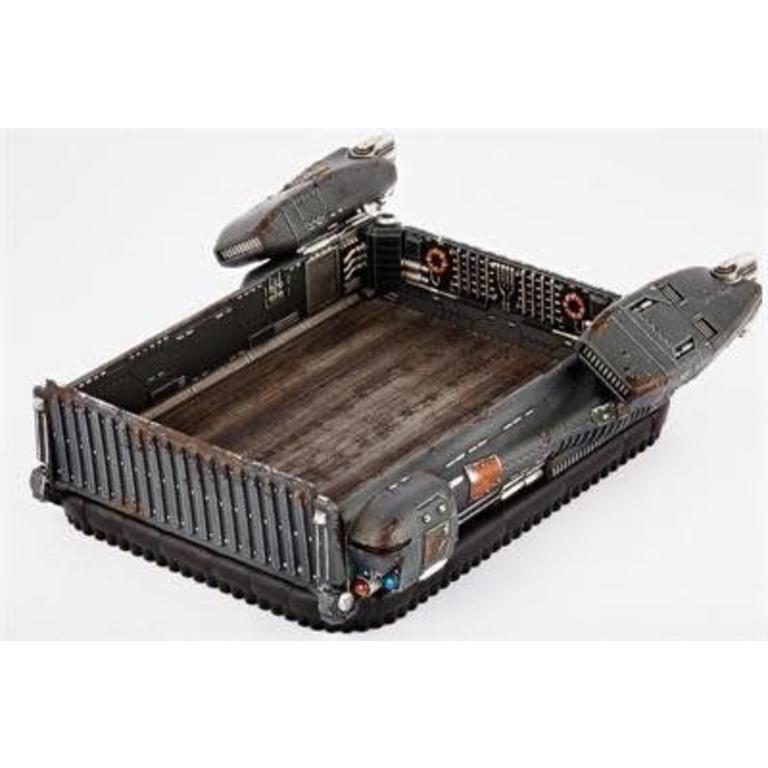 C$27.95
Dropzone Commander
In stock
Article code 740781771521
Share this product:
The NT-1 Kraken was one of the most common military surface assault transports in use before the Scourge invasion. It is an amphibious air-cushion conventional hovercraft able to attack from both land and sea. It is considerably more capable on land that its 20th century forebears, since it can temporarily over-lift to traverse steep inclines and protruding obstructions. Although it does not have the lifting capacity to carry heavy armoured units such as tanks, it is uncomplicated and inexpensive, in stark contrast to the AT-77 Lifthawk dropship. The Kraken was designed to attack enemy positions directly and as such, it is armed with a 90mm cannon, capable of engaging enemy tanks and is equipped with heavy armour. It is largely its air-cushion design that limits its maximum load, although this heavy protection does not help.

Contents:
1 x NT-1 Kraken Medium Hovercraft per blister
Length: 82mm
10mm Scale
Four Resin components
Models supplied unassembled and unpainted
By using our website, you agree to the use of cookies. These cookies help us understand how customers arrive at and use our site and help us make improvements. Hide this message More on cookies »