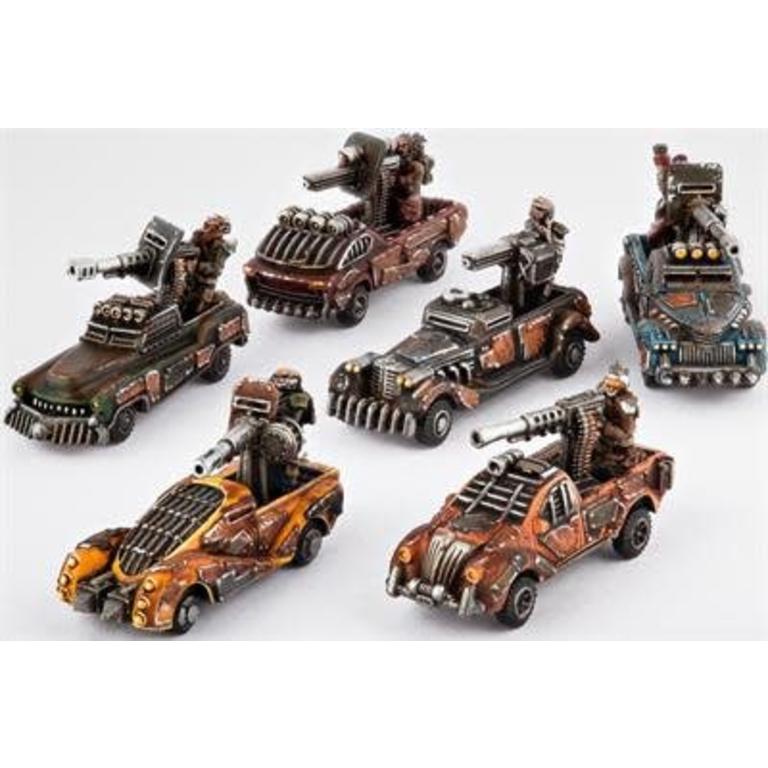 C$24.95
Dropzone Commander
In stock
Article code 740781771590
Share this product:
After almost two centuries of occupation, the Resistance have become highly adept at repairing, modifying and armouring antique vehicles. Car sized weaponised versions are known as technicals and are a common sight whenever the Resistance take to the field of battle. Inventively dangerous additions such as rams, wheel spikes and roll cages are frequently added to complete the conversion to military service.

Gun armed versions make use of the veteran Resistance gunners skill to engage both ground and air targets through the use of a specially built AA mount. Since they arent carrying a pile of bulky rockets, these technicals have some room left for additional communications equipment, optics and scanners, allowing them to also fulfil a reconnaissance role.

6 x Gun Technicals per blister
Length: 30mm
10mm Scale
One Resin and one Pewter component each
Models supplied unassembled and unpainted
By using our website, you agree to the use of cookies. These cookies help us understand how customers arrive at and use our site and help us make improvements. Hide this message More on cookies »