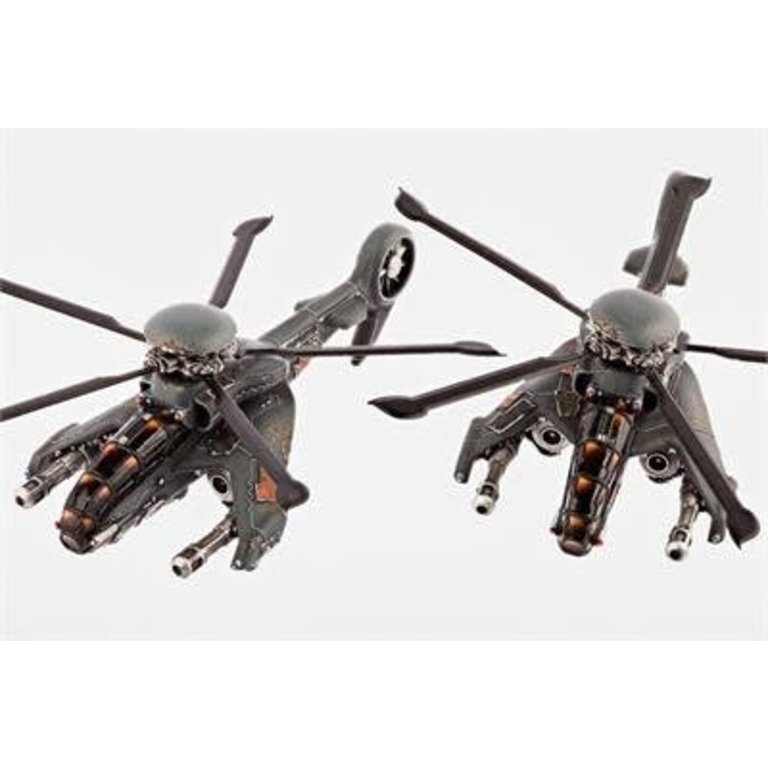 C$35.95
Dropzone Commander
In stock
Article code 740781772238
Share this product:
With the advent of the Reconquest, more and more Resistance armies have come out of the shadows to take the fight to the Great Enemy (and other factions that might get in their way). Operations have been widened in scope; raids are increasingly daring and bold. Resistance tactics have evolved to keep up with these new strategic aims, and require more prolonged close support.

The Typhoon is fitted with heavy calibre chain cannon capable of sustained, direct fire against armoured formations. As the gunship closes on its target, increasing numbers of shells overwhelm countermeasures, making them deadly when used aggressively but also dangerous at range.The Typhoon also can sustain operational effectiveness in-theatre for much longer than its fire and forget brother the Cyclone due to its capacious ammo reserves.

Rules for Typhoon can be found in Reconquest: Phase 2

Typhoon Shares blister with AH-16 Cyclone 2 x AH-16 Cyclone Attack Helicopters per Blister
Wingspan: 77mm (hull)
10mm Scale
Six Resin components, 5 Metal helicopter blades and one acrylic flight stand each
Models supplied unassembled and unpainted
By using our website, you agree to the use of cookies. These cookies help us understand how customers arrive at and use our site and help us make improvements. Hide this message More on cookies »