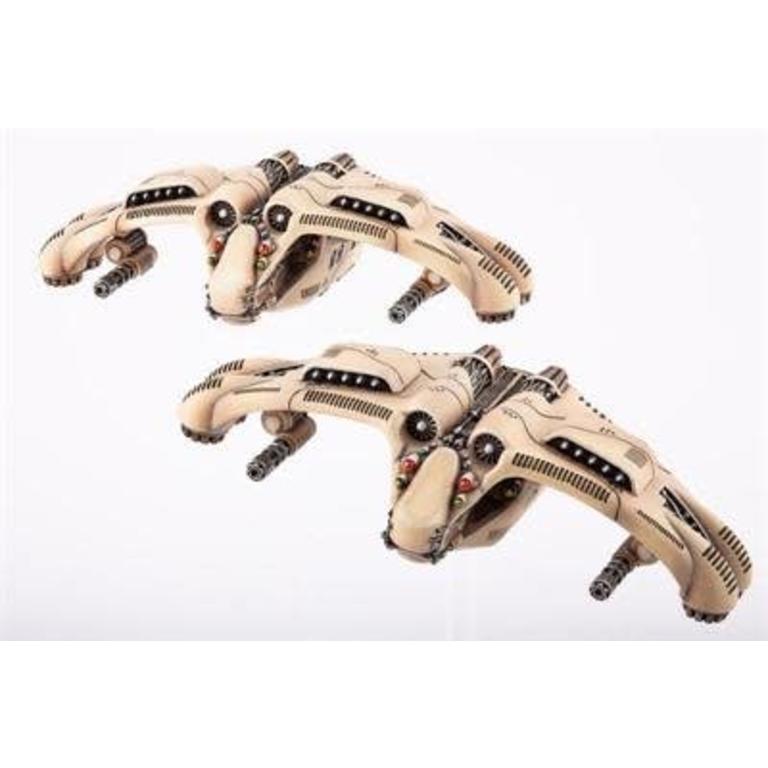 C$25.95
Dropzone Commander
In stock
Article code 639713387865
Share this product:
The Triton is a multi-role atmospheric flier acting as both a light transport and gunship. Modular weapon systems can be added or removed rapidly, allowing the aircraft to be flexibly equipped at short notice.

In its simplest, unarmed capacity it is a cost effective, fast, robust transport able to carry a 10 man infantry squad. When equipped with weapons however, these humble craft are transformed into lethal battlefield hunters, able to lay down relentless close air support. Due to its heavy build, the Triton maintains full transport capacity when weaponized. A fully equipped Triton is a serious threat to all ground units.

While not as fast as its UCM equivalent, it is much heavier and better armoured with unmatched flexibility.