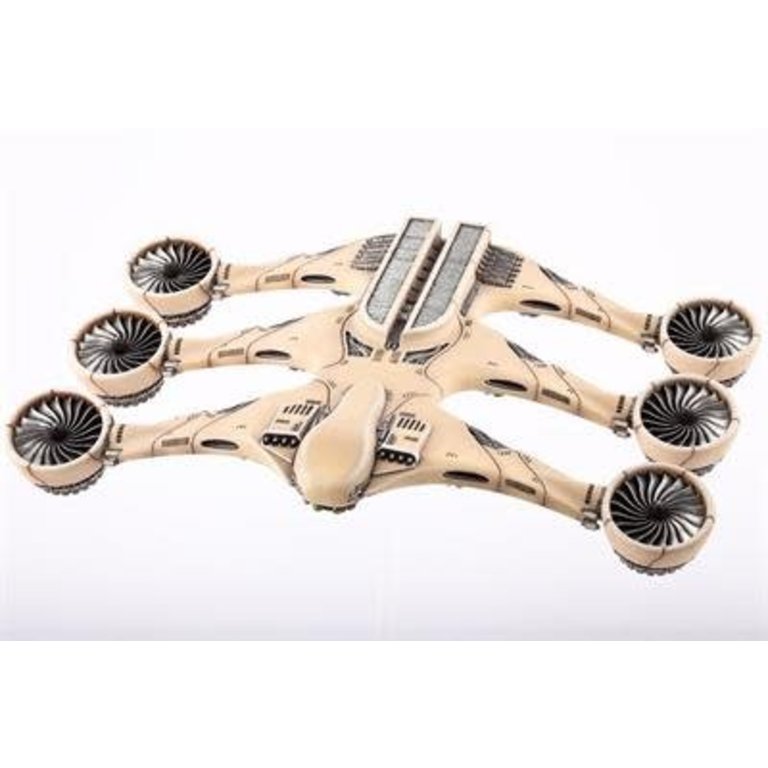 C$42.95
Dropzone Commander
In stock
Article code 740781772177
Share this product:
The Poseidon class heavy dropship is the primary mass transport workhorse of the PHR. Capable of carrying a wide range of armoured units, the Poseidon's heavy lift abilities are second to none. In its primary role it can deliver a full squadron of six battle walkers from orbit direct to the frontline. Its configuration allows these to deploy facing outwards, enabling engagement with the enemy the instant they hit terra-firma.

Its design is focused solely on lifting ability, and as such it is relatively lightly armed. However, its use of a Shadowkiller stealth missile launcher makes it a threat to enemy armour occupying the dropzone.

The Poseidon's durability is already legendary. Heavily armoured, it has the capacity to absorb considerable punishment. This allows it to operate closer to hostile forces than would normally be deemed prudent by commanders without access to such a remarkable machine.

Poseidon shares blister with Njord Assault Dropship
One model per blister
10mm Scale
Length: 94mm
Wingspan: 112mm
13 Resin Components
Supplied with 1 x 40mm clear acrylic flying base
Model supplied unassembled and unpainted
By using our website, you agree to the use of cookies. These cookies help us understand how customers arrive at and use our site and help us make improvements. Hide this message More on cookies »