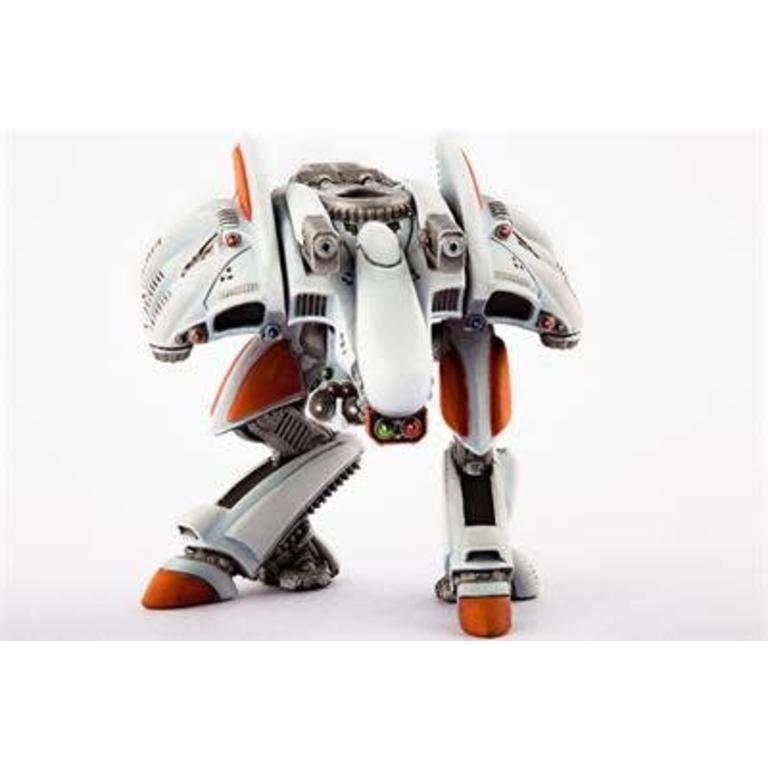 C$25.95
Dropzone Commander
In stock
Article code 740781771941
Share this product:
Although almost all PHR citizens are mysterious characters to the UCM, in the case of Jocasta Caine, a small amount of information is known. Most information gleaned about her past came from a single conversation between a UCM ambassador's bodyguard and his opposite number (Caine), who was running protection duty for her commander, Supreme Vizier Varrens. Caine was apparently once a member of the elite Siren Corps, although she was reassigned due to her obvious leadership skills to a command post and given the rank of Battle Vizier (the PHR equivalent of captain).

Subsequent reports of her in battle paint a fuller, more frightening picture. On three separate occasions, forces under her command have descended with swift ferocity on unsuspecting UCM recon patrols, slaughtering them almost to a man and without mercy.

She normally rides to battle in a rarely seen jump-walker type known as the Hera. Caine is also often accompanied by an elite bodyguard of Apollo Strike Walkers, piloted by some of the most gifted operators under her command.