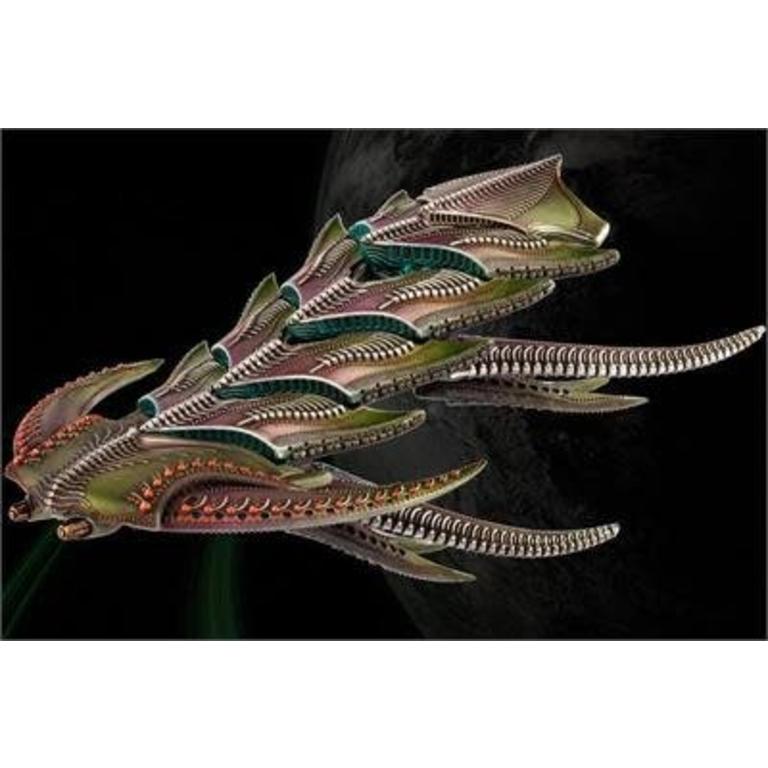 C$59.95
Dropfleet Commander
In stock
Article code 740781772351
Share this product:
This blister pack can be assembled as either a Dragon or Daemon class battleship. The hull consists of multi-part segments and the fins are set on ball joints, allowing a massive degree of modelling flexibility! It is cast in exceptionally tough impact resistant resin and features extraordinary detail. 1:9150 (0.2mm) scale.

The Daemon class battleship and its sister class the Dragon are undoubtedly the oldest designs of starships still in service with the Scourge navy, behind the rarely seen Super Dreadnoughts. Their segmented hulls and undulating forms are quite different from most modern Scourge ships and the extent of their pitting, battle scars and general ageing have resulted in dating estimates of between 500 and 2000 years old for some examples. The disturbingly organic prow of the Daemon class is laced with oculus weapons and tipped with a pair of furnace cannons, making these veteran slaughterers among the most potent ships the hated aliens have to throw at mankind.

Similar to the Daemon, the Dragon class battleship is a truly ancient behemoth that has weathered the centuries to visit devastation and misery on countless subjugated races. While the Daemon is equipped solely with conventional ship-to-ship weapons, the Dragon includes a pair of cavernous hangar bays, lairs for roosting fighters and bombers. It also carries a pair of enormous Scourge torpedoes - capital ship killing superweapons against which there is little defence save fleeing the Dragons inexorable advance.