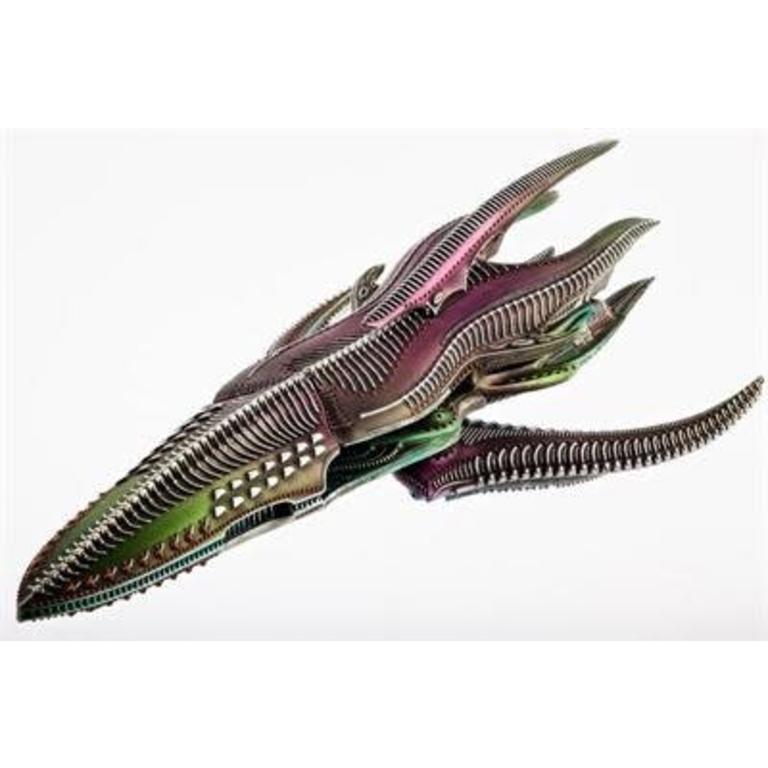 C$47.95
Dropfleet Commander
In stock
Article code 740781772634
Share this product:
This blister pack can be assembled as either an Akuma or Banshee class battlecruiser. It is cast in exceptionally tough impact resistant resin and features extraordinary detail. 1:9150 (0.2mm) scale.

The Akuma Class Battlecruiser
The dreaded Akuma class battlecruiser features a combination of speed, heavy firepower and ability to mask its own energy spikes. The last attribute is the most crucial, enabled by its massive cloaking tailfin - the most effective of its kind in the Scourge navy. These qualities make the class the preeminent cause of civilian shipping loss, where poorly defended supply vessels are frequently annihilated far too quickly for any response.

The Banshee Class Battlecruiser
The Banshee class also features an awesomely potent cloaking tailfin, making it virtually impossible for them to register energy outputs to enemy scanners. This allows them to unleash their considerable firepower and manoeuvre violently with no negative consequences - a formidable advantage to any captain in a heated engagement. The Banshee differs from the Akuma by dispensing with much of its oculus cannon loadout in favour of lethal close range plasma weapons. Utilising its cloak, these ships can approach a target silently before suddenly unleashing superheated hell. Even once it has done so, the Banshee will not pay for its aggression by becoming more visible to the enemy. It is also armed with a massive torpedo, designed to blast a significant chunk from even a capital ship's hull before injecting hundreds of Razorworms into the wound - deadly killing machines more than capable of eviscerating what's left of the unfortunate crew.
By using our website, you agree to the use of cookies. These cookies help us understand how customers arrive at and use our site and help us make improvements. Hide this message More on cookies »