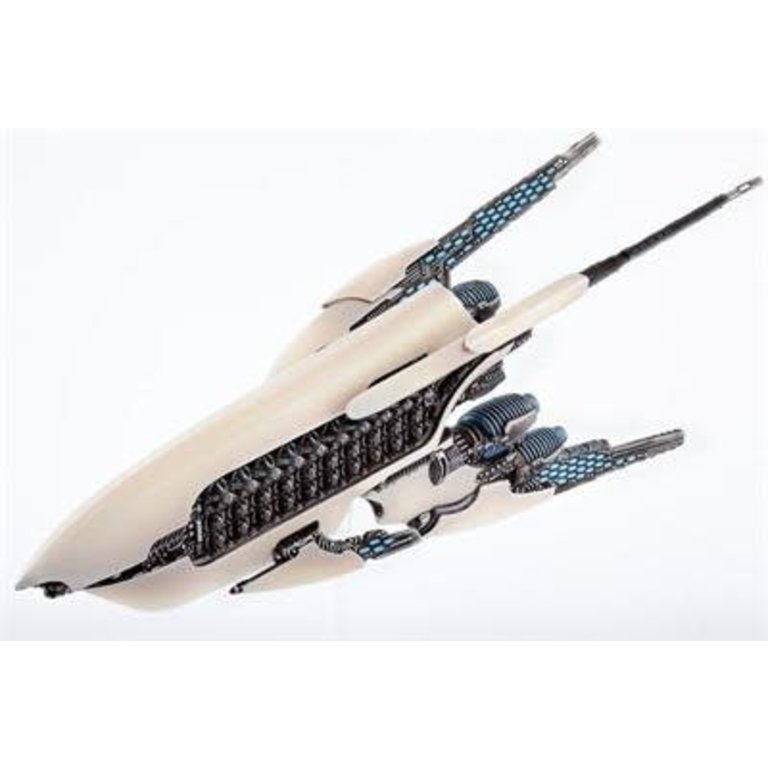 C$47.95
Dropfleet Commander
In stock
Article code 740781772658
Share this product:
This blister pack can be assembled as either an Agamemnon or Priam Class Battlecruiser. It is cast in exceptionally tough impact resistant resin and features extraordinary detail. 1:9150 (0.2mm) scale.


NOTE: Provided with a multi-part Dropfleet flight stand, designed to track in-game status without the use of tokens. Miniatures supplied unassembled and unpainted.

The Agamemnon Class Battlecruiser
The fearsome Agamemnon class battlecruiser features a double-decker, full length mixed mass driver broadside with the potential to lay waste to multiple foes with imperious ease. However, the class lacks any meaningful firepower on the front quarter, making it best employed in the heart of an engagement. This contrasts with the excepted role of battlecruisers in the UCM, where flanking, hunting and avoidance are crucial. PHR battlecruisers seem to be laid out to be an efficient broadside platform, where superior toughness can be expected to get these lethal ships to the heart of any engagement.

The Priam Class Battlecruiser
The Agamemnon's sister class, the Priam, is often tasked with destroying large groups of enemy light vessels and merchant shipping, making its role closer to that of traditional battlecruisers. It is equipped with an extensive light calibre broadside and cavernous launch bays the equal of a Bellerophon heavy carrier. Since lighter ships with poor point defence are particularly vulnerable to bombers, this supports the ship's primary role. In addition, the ability to throw up an enormous swarm of fighters allows Priam to protect friendly ships, often the lighter escorts that may accompany it on interdiction missions behind enemy lines.
By using our website, you agree to the use of cookies. These cookies help us understand how customers arrive at and use our site and help us make improvements. Hide this message More on cookies »