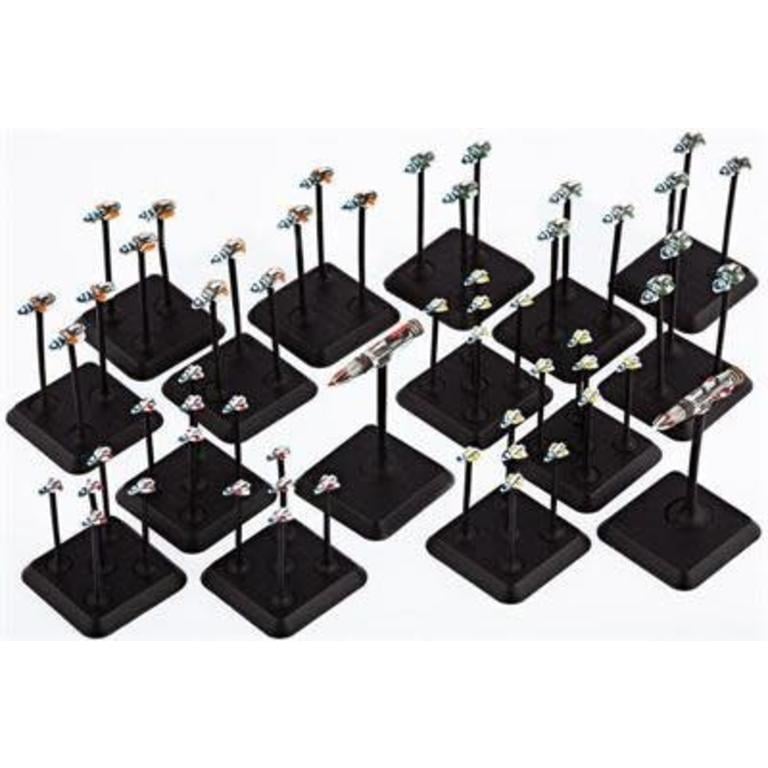 C$39.95
Dropfleet Commander
In stock
Article code 740781772382
Share this product:
Launch assets (fighters, bombers and torpedoes) are important elements in games of Dropfleet Commander - both for protecting your ships and annihilating your opponents!

These greatly add to the look and feel of your fleet, enhancing the gaming experience by replacing the card tokens provided in the starter set. Each of these craft is moulded with an integrated flight stand to attach to its base, allowing for easy assembly.

This box contains 2 black hard plastic launch asset sprues. In total, these build 8 bases of bombers (3 bombers/base), 6 bases of fighters (5 fighters/base) and 2 bases of torpedoes (1 torpedo/base). This is usually enough for one player with an average tournament sized fleet

Since these miniatures are so small, they are designed to be generic and not race specific. Simply paint them in your fleet colours to differentiate them!

NOTE: Miniatures supplied unassembled and unpainted. Fighters and bombers are moulded at roughly double scale compared to the ships (1:5000 scale) for visibility. Since torpedoes are so massive in Dropfleet Commander, these are moulded at the same scale as the ships (1:9150/0.2mm scale).