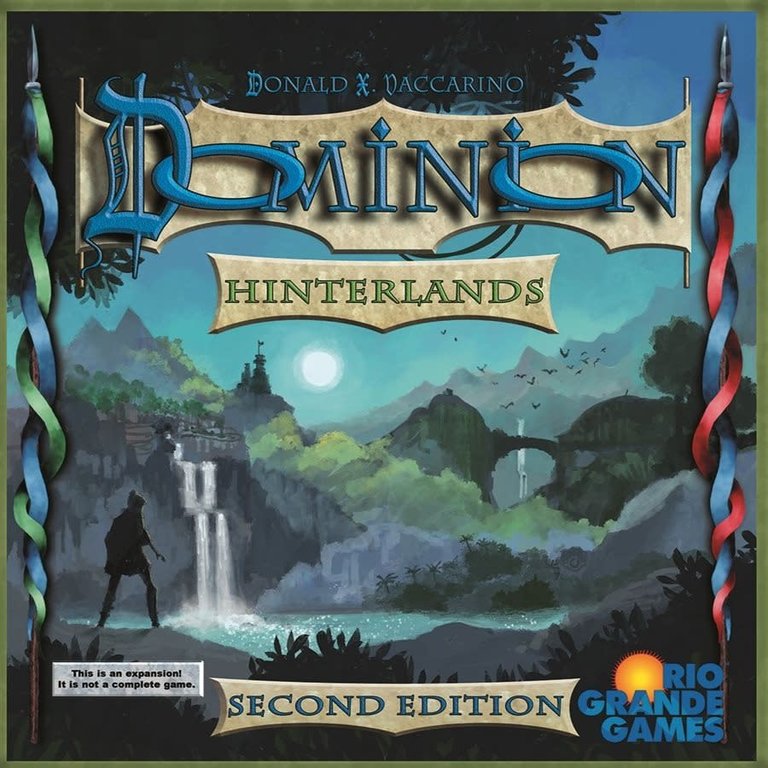 C$43.95
Rio Grande Games
In stock
Article code 655132006231
This is the sixth addition to the game of Dominion. It adds 26 new Kingdom cards to Dominion, including 20 Actions, 3 Treasures, 3 Victory cards, and 3 Reactions. The central theme is cards that do something immediately when you buy them or gain them.
Share this product:

Hinterlands is the 6th expansion to Dominion. It adds 26 new Kingdom cards to Dominion, including 20 Actions, 3 Treasures, 3 Victory cards, and 3 Reactions. The central theme is cards that do something immediately when you buy them or gain them.

Dominion: Hinterlands is an expansion, and cannot be played by itself; to play with it, you need Dominion, or a stand-alone expansion to Dominion (e.g., Dominion: Intrigue first edition). Those provide the Basic cards you need to play (Treasure, Victory, and Curse cards), as well as the full rules for setup and gameplay. Dominion Hinterlands can also be combined with any other Dominion expansions you have.

Quickview
Rio Grande Games
Dominion Second Edition: Intrigue Expansion
This is the first addition to the game of Dominion. It has 300 cards, with 26 new Kingdom cards.
C$44.95
Rio Grande Games

Quickview
Rio Grande Games
Dominion Second Edition: Base First Edition Update Pack
So you have the original edition of Dominion and you don't want to purchase a whole new game!
Well you are in luck.
C$17.95
Rio Grande Games

C$49.95
In stock
Article code 655132006217
Dominion: Seaside is an expansion to both Dominion and Dominion: Intrigue. As such, it does not contain material for a complete game.

out of stock
Quickview
Rio Grande Games
Dominion Second Edition: Prosperity First Edition Update Pack
Dominion: Update Pack contains the seven new kingdom cards
C$15.95
By using our website, you agree to the use of cookies. These cookies help us understand how customers arrive at and use our site and help us make improvements. Hide this message More on cookies »