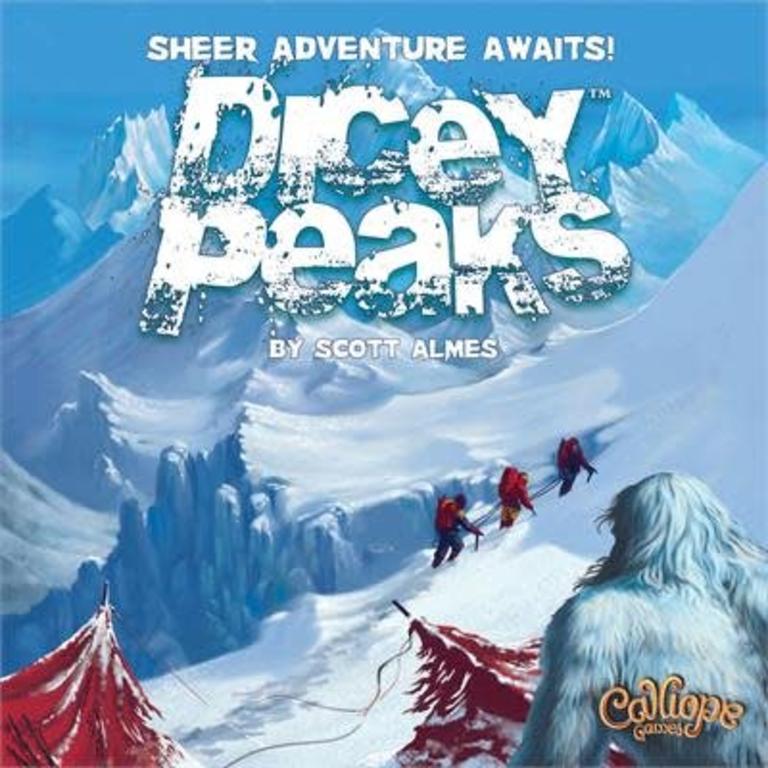 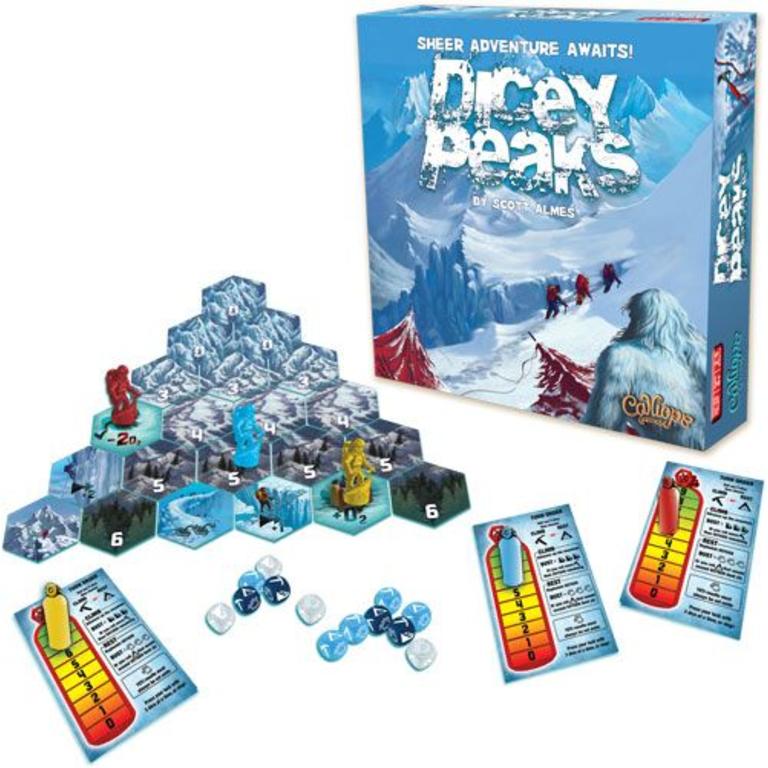 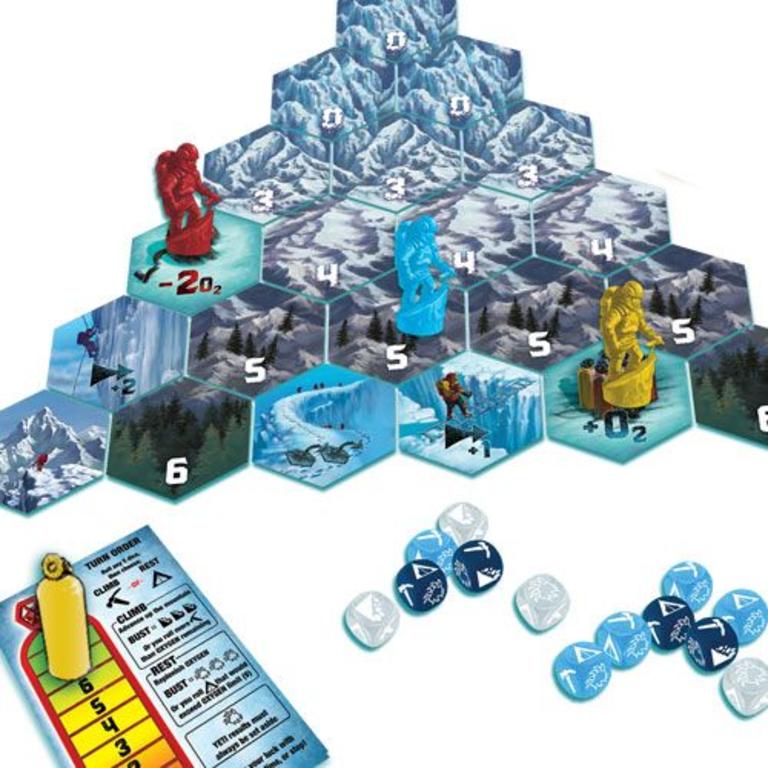 C$37.95
Calliope Games
In stock
Article code DNR-845866001187
You've heard of Mt. Everest, K2, and Denali, but only the toughest and most courageous mountain climbers dare to summit the Dicey Peaks!
Share this product:

You've heard of Mt. Everest, K2, and Denali, but only the toughest and most courageous mountain climbers dare to summit the Dicey Peaks of Yeti Mountain at 29,128 feet. The terrain is treacherous: the snow is blinding, its glaciers are sheer cliffs, and the temperature hovers at 72 degrees below zero. But the real danger is from the sinister Yetis, for they strike when least expected!

In Dicey Peaks, players take on the role of brave adventurers racing to be the first to reach the fabled flag atop Yeti Mountain. To succeed, they must choose which dice to roll and skillfully manage their oxygen supply! Each turn, players make important choices about when to climb and when to rest. As they forge ahead, the mountain tiles are revealed, introducing hazards and surprises. Additionally, the Yetis are always lurking, and encountering them can terrify players to move ahead even when it isn't their turn.

Dicey Peaks is a trilling dice game for 2-6 players. Take turns rolling dice and choosing whether to climb or rest, but watch out for the yetis, because when they attack, you might lose more than just your turn! If you crave adventure, suspense, and danger, than scale your way to the top of Dicey Peaks!