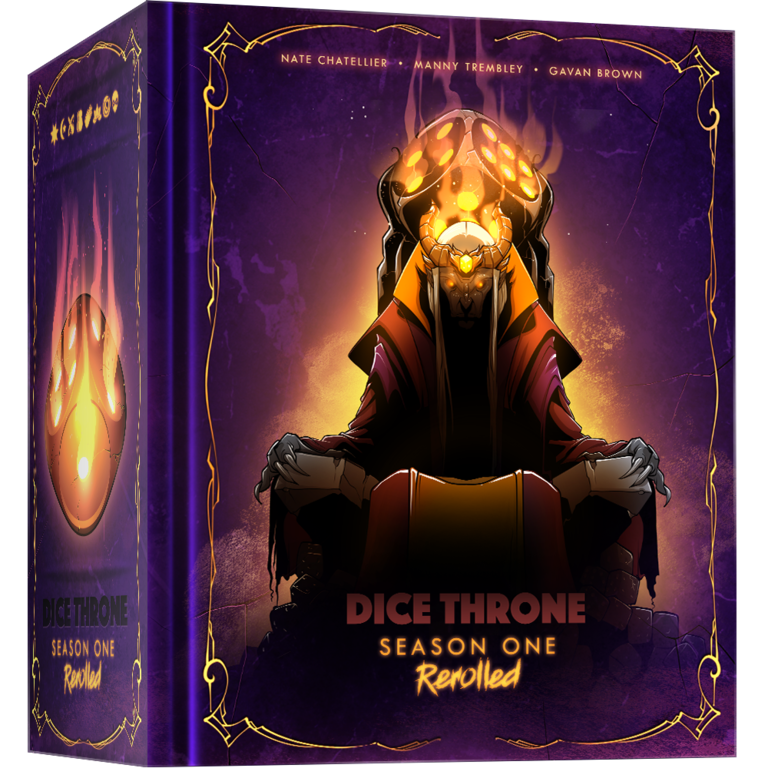 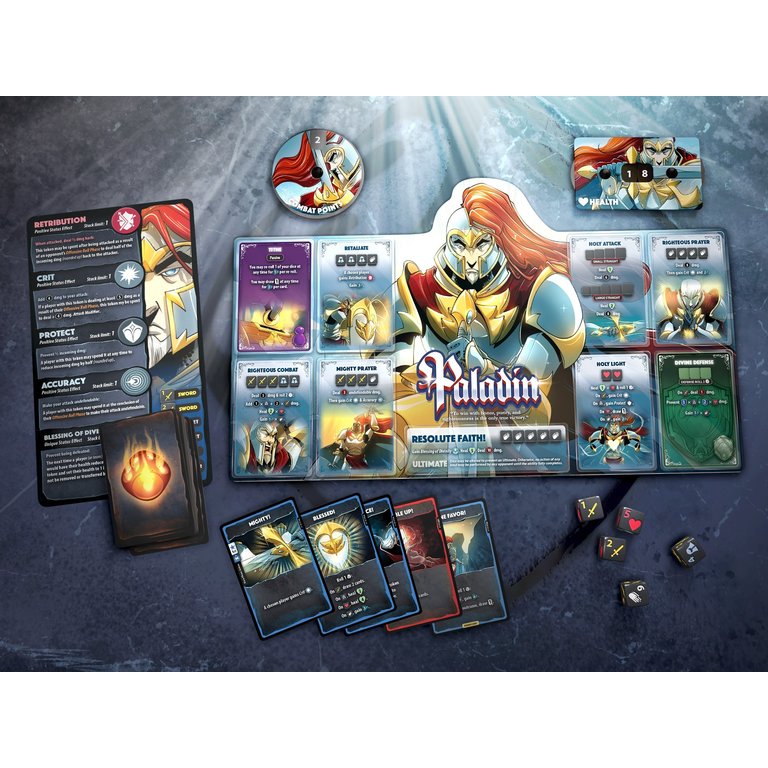 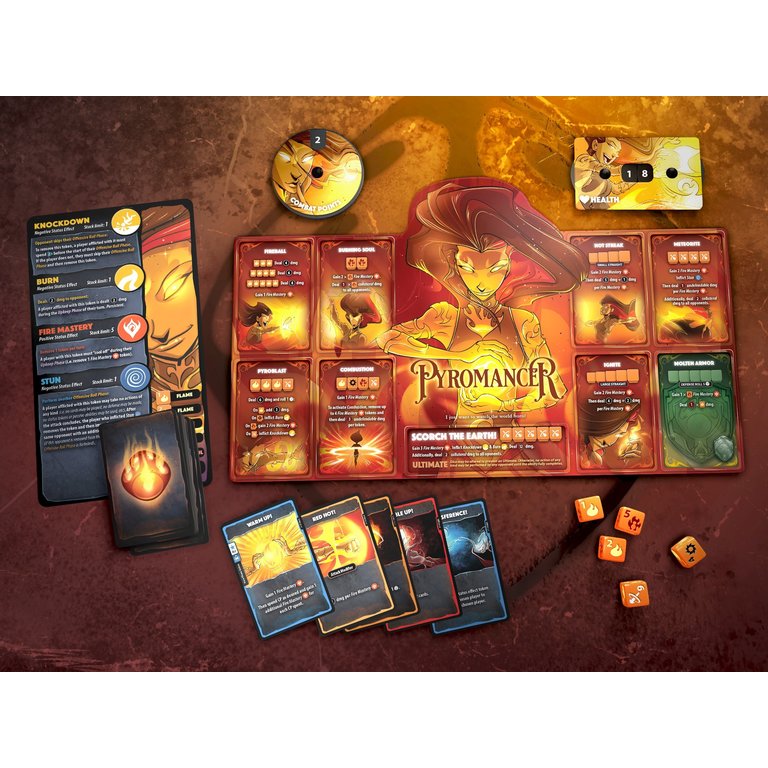 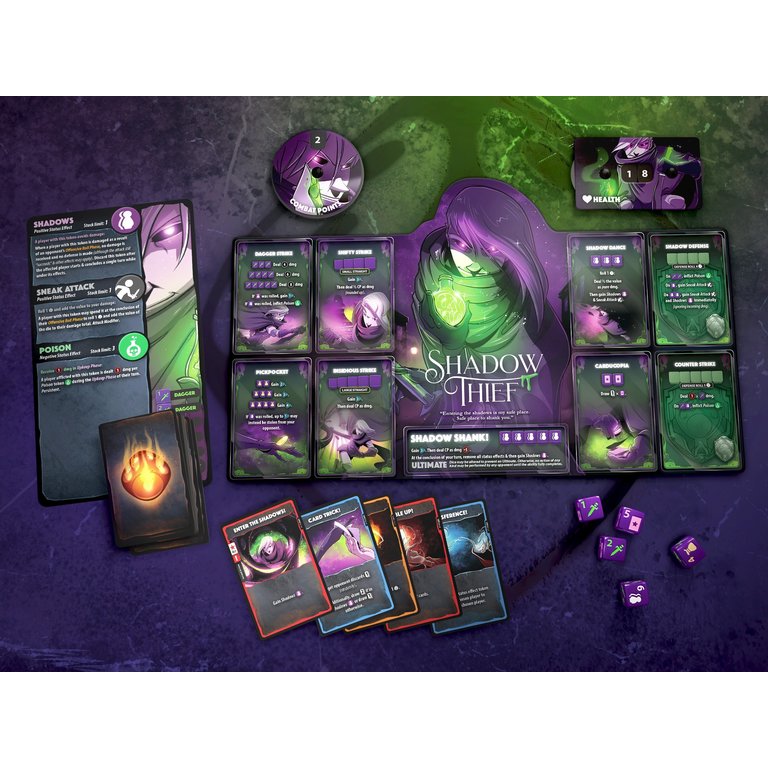 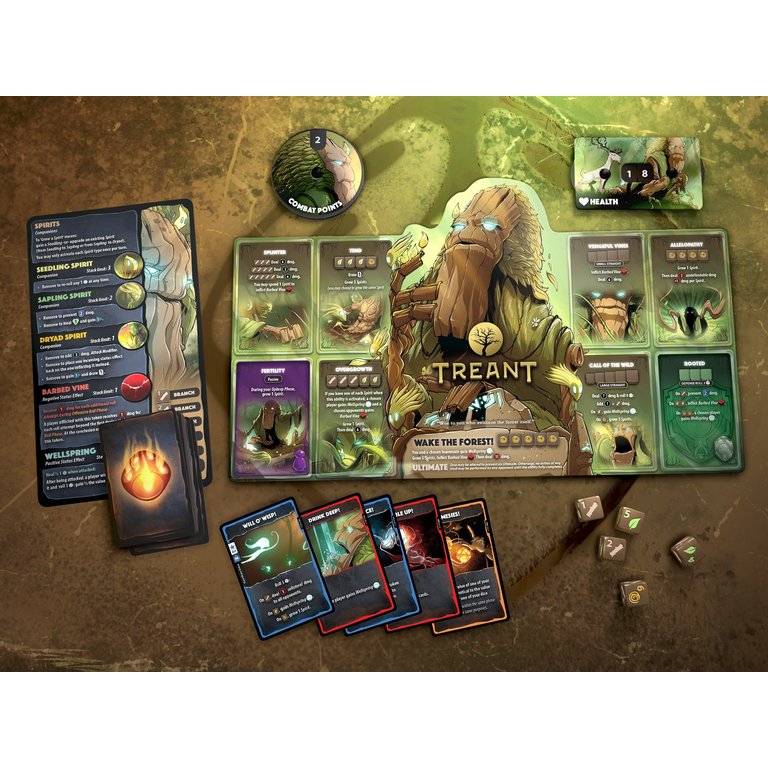 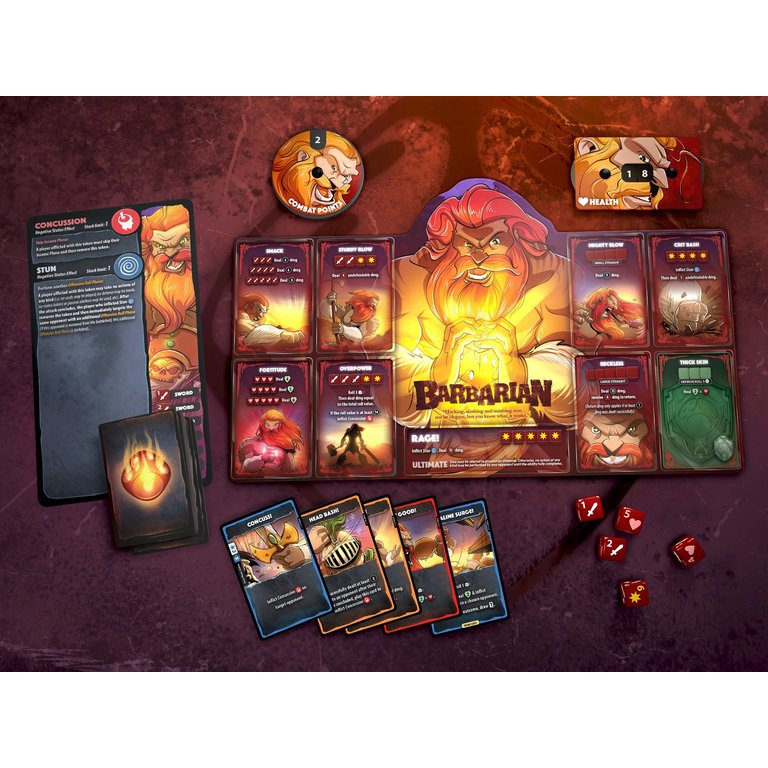 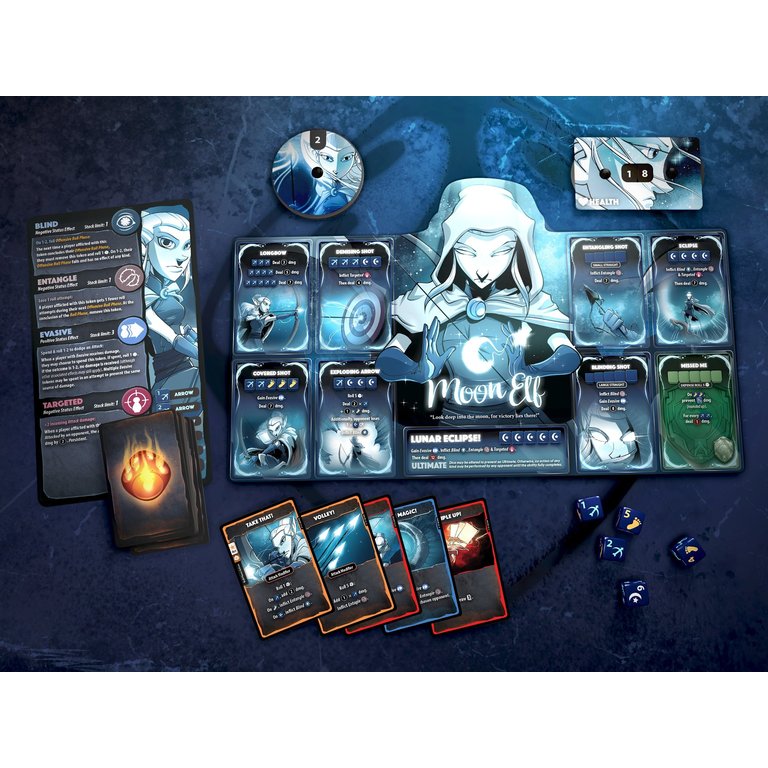 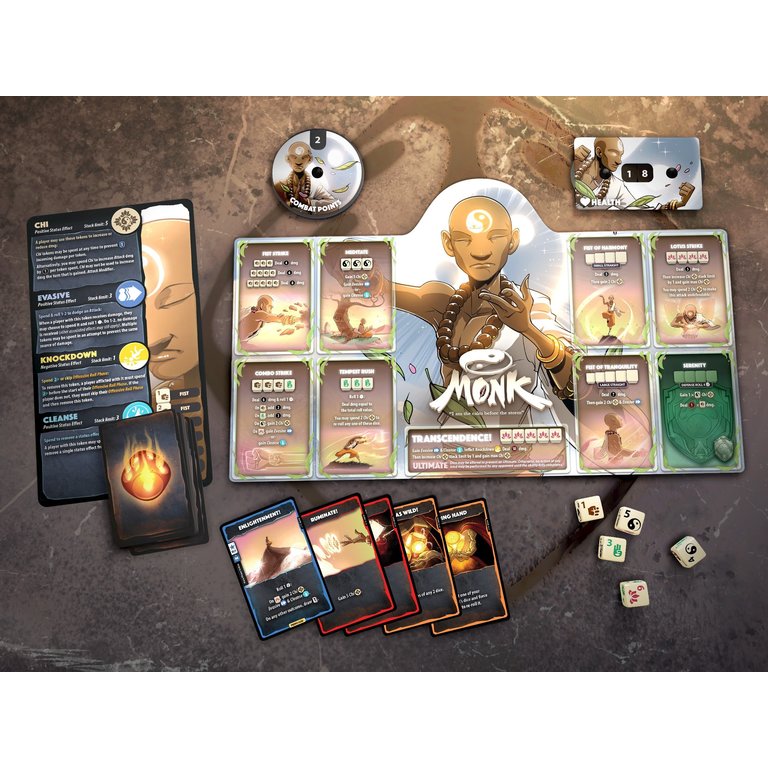 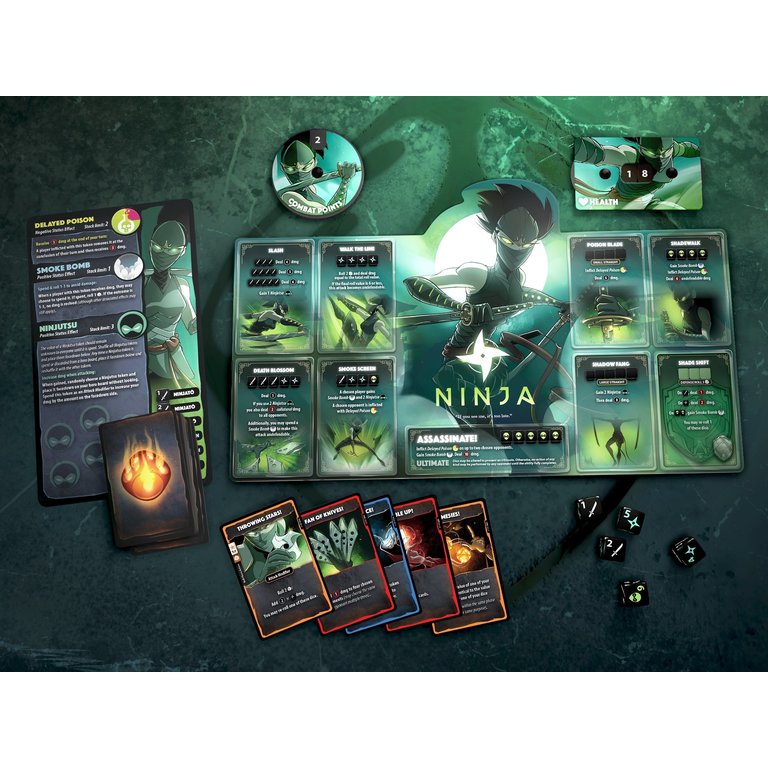 A heart-pumping, fast-playing game of skilled card play and dice manipulation. The game is played over a series of rounds where you will be rolling your hero's dice up to 3 times. You will use the combination of dice symbols or numbers to activate your hero's abilities to attack your opponent(s).

It's a fast-paced 2-6 player combat game (1v1, 2v2, 3v3, 2v2v2, or free-for-all). Select from a variety of heroes that play and feel completely distinct from one another. Attack opponents and activate abilities by rolling your hero's unique set of five dice. Accumulate combat points and spend them on cards that have a large range of effects, such as granting permanent hero upgrades, applying status effects, and manipulating dice directly (yours, your teammate's, or even your opponent's).

C$28.95
Out of stock
Article code 9781988884196
A heart-pumping, fast-playing game of skilled card play & dice manipulation that will have your game nights cheering! This box contains a complete game.

C$28.95
In stock
Article code 9781988884202
A heart pumping, fast playing game of skillful card play & dice manipulation that will have your game nights cheering!
This box contains a complete game.

out of stock
Quickview
Roxley Games
Dice Throne: Season Two - Seraph v Vampire Lord
Make your game of Dice Throne twice as wild!
C$28.95
By using our website, you agree to the use of cookies. These cookies help us understand how customers arrive at and use our site and help us make improvements. Hide this message More on cookies »